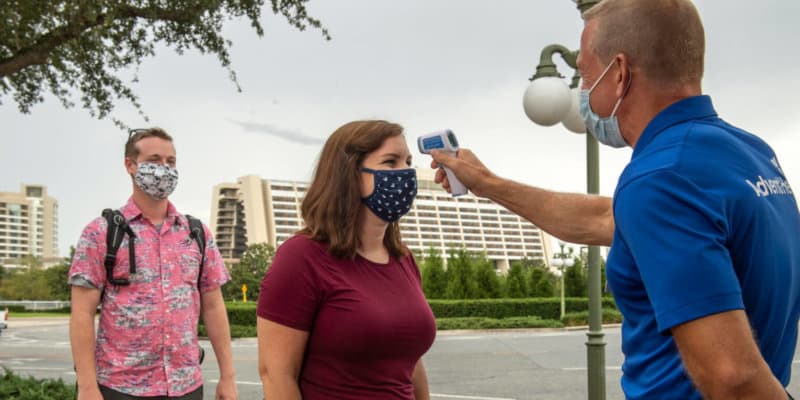 “I’m happy to say that given the theme parks that have opened prior to Disney, we have not been able to see any type of outbreaks specifically associated with any of those parks,” Demings said. “So for me, if there’s one place on planet Earth where we should be successful, it would be at Disney.”

Orange County Mayor Jerry Demings said Monday the county is not at the point yet to roll back reopening plans.

He added: "If there's one place on planet Earth where we can be successful, it would be at Disney [World]." pic.twitter.com/2Re2V2UIJb

The mayor continued, “Disney has gone to great lengths to look at all of their various safety and sanitary protocols, and they have instituted proper measures.”

Demings was also asked about Hong Kong Disneyland’s decision to re-close the parks, and if the same could happen to Walt Disney World. The mayor stated that Orange County won’t hesitate to ask Disney to reevaluate, if ay outbreaks are associated with the Disney Parks.

Demings asked about Hong Kong Disneyland closing and whether the county would ask Disney World to do the same. Demings said if county exceeds hospital capacity and if any outbreaks are associated w/ Disney, the county "won't hesitate to ask Disney to reevaluate the reopening." pic.twitter.com/LFxutZBq6u

Today, the Florida governor gave a news conference as an update on the status of the pandemic in the state. Florida reported 12,264 new COVID-19 cases on Monday, the second-highest increase after Sunday’s U.S. record of 15,300, Orlando Sentinel reports.

The CEO of AdventHealth (the company that Disney partners with to provide first aid as well as temperature checks at the theme parks) has also shared his thoughts on visiting Disney World.

“As a health-care provider, my job is to help people do things safety,” said AdventHealth CEO Terry Shaw. “I will tell you, based upon the way Disney is approaching this with limiting people in doing all the screenings that they’re doing, I personally am a Disney season ticket holder, and I wouldn’t hesitate to go to Disney as a health-care CEO based on the fact that they’re working extremely hard to keep people safe.”

We’ll continue to update Inside the Magic as more information regarding Disney World’s reopening becomes available. For more on Disney World health and safety, read the official guidelines here.