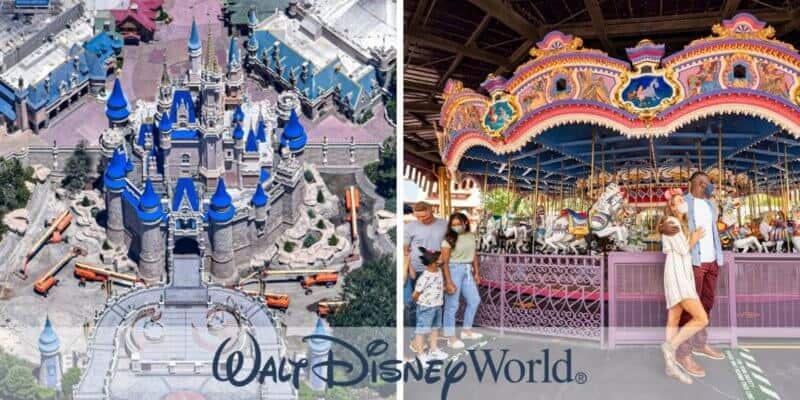 Inside the Magic followed with all of the safety protocols put in place by Disney in order to remain safe during this unprecedented time when visiting the theme parks.

At first it was a bit chaotic since this was so shocking to everyone and there was so much unknown, however, Disney handled everything as best as they could and Guests understood that, though it was disappointing, it was the safest decision to make.

My fiance and I decided to make the most of it as we still had 3 full days left to spend in the theme parks. One thing I noticed while visiting prior to the temporary park closures was that Disney did everything that they could at the time to keep everyone safe. Though there were not yet as many health and safety protocols in place back in March, they did implement hand washing stations throughout the theme park for Guests to use if they wanted and they also placed hand sanitizer stands throughout the theme park for those who preferred hand sanitizer rather than hand washing.

Overall, at the time of vacationing, I felt extremely safe at Disney World as I know they were doing everything they possibly could to keep their Guests and Cast Members healthy and as safe as possible during the outbreak.

But not only was I vacationing at Walt Disney World when they decided to close the theme parks, but I also had the opportunity to attend the very first annual passholder preview of the Magic Kingdom reopening.

At first, I was a bit hesitant going into the passholder preview not exactly knowing what Disney World would look like or how difficult it would be to wear the face mask all day in the heat. I also wasn’t sure how other Guests would react to the new health and safety protocols or if they would follow them. However, I must admit Disney exceeded my expectations.

Related: PHOTOS: Inside Look at Magic Kingdom for AP Preview

Welcome Back! Disney World we missed you! #disneyworld #wdw

Disney World truly outdid themselves by making sure everyone followed the health and safety procedures and making sure the hand sanitizer stations were constantly filled for Guests. They implemented relaxation zones throughout Magic Kingdom, one of them even being inside with air conditioning, so that Guests had the opportunity to get out of the hot Florida sun and humidity and cool down before going back to enjoy the park.

And for those wondering if the parks are still as magical as they were before — The answer is 100% YES!

At first, I was extremely upset hearing the temporary pause on character meet and greets, parades, and fireworks, though I completely understood why Disney made this decision. But, walking down Main Street USA and then hearing random music play, looking up and there you see Mickey and the gang coming down on a cavalcade truly just made my day. Disney had several different character cavalcades including Tinker Bell on her treasure chest, Goofy, Max, and Clarabelle on a mini parade float, Merida riding horseback followed by the Disney Princesses, and more.

Do you plan on visiting Walt Disney World this year? Let us know in the comments.