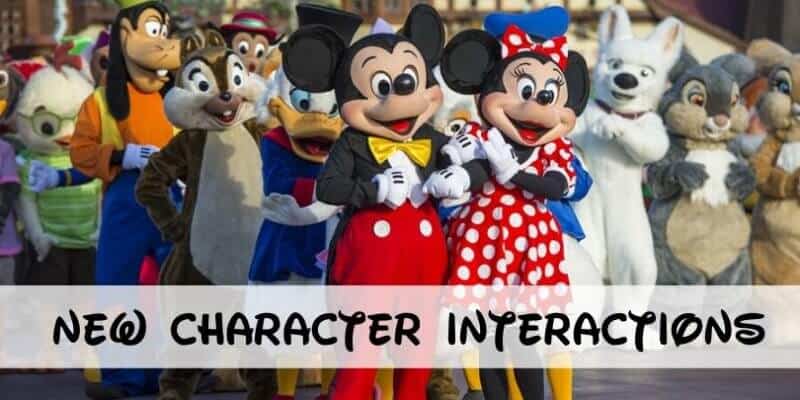 Today Walt Disney World’s Magic Kingdom and Animal Kingdom are reopening the gates for their first Annual Passholders who registered for the Annual Passholder preview, which takes place both today, July 9, and tomorrow, July 10.

Changes to Character Meet and Greets

There have been several changes implemented to keep guests and Cast Members safe — One of those changes regarding character meet and greets. Being able to visit your favorite Disney characters around the parks was one of the things people looked forward to most, however, last month, ITM reported that Disney announced changes to character and guests interactions at the parks.

The bottom line is that you won’t be able to hug your favorite Disney character or get their autograph, so unfortunately there will be no more traditional meet and greets (for now). Disney also implemented changes to the classic Disney parades and firework shows as they are on a temporarily hold.

However, do not despair, because you will be able to see your favorite Disney characters around the parks! Inside the Magic has spotted several different characters throughout Magic Kingdom on the first Annual Passholder preview day so let’s take a look at what these new experiences will look like once the gates reopen later this week!

And now we get to see them in action!

Inside the Magic “Meets” Disney Characters

Our ITM team has already spotted some characters as they entered Magic Kingdom this morning.

Here is a break down of how characters are expected to show up and greet the guests back to Magic Kingdom and Animal Kingdom.

The Princesses have come to say hello! ✨

Everyone can always use some pixie dust ✨

Welcome Back! Disney World we missed you! #disneyworld #wdw

We will keep updating this article throughout the day as new information arrives.

What do you think of the new character interaction changes? Let us know in the comments below.