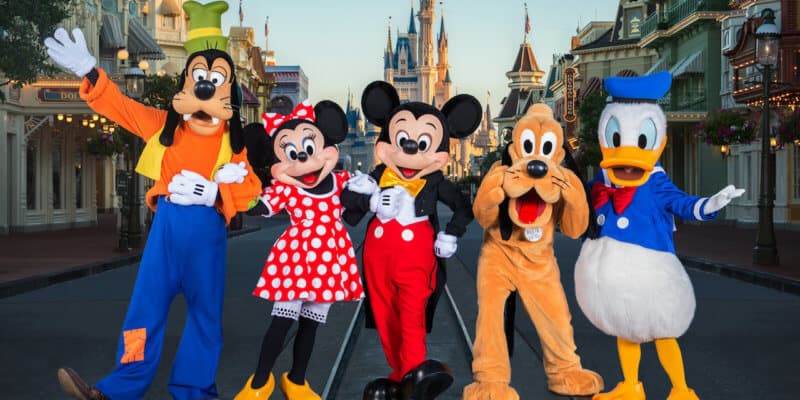 This article has been updated since it was originally published to include the most recent information from Disney.

Heads up, Festival of Fantasy, Happily Ever After, and Mickey Mouse fans. When the Disney World theme parks reopen, you won’t get to experience these fan-favorite offerings.

Walt Disney World presented their reopening plans to Orange County today. And along with reopening dates, we got more information about what operations will look like at Walt Disney World once the resort reopens. The parks will not offer any character meet and greets, fireworks shows, or parades upon reopening.

Walt Disney World Resort theme parks will begin a phased reopening for Magic Kingdom and Animal Kingdom on July 11 with ECPOT and Disney’s Hollywood Studios on July 15. You can read more about that here. Disney also  did not share any information for when the Disney Resort hotels at Walt Disney World will reopen.

Jim MacPhee, senior Vice President of Operations at Walt Disney World Resort, also shared more information about Disney Parks operations and what guests can expect. He said that Disney World will not be offering character meet and greets upon reopening the theme parks. This means guests won’t be able to meet Mickey Mouse at Town Square Theater in Magic Kingdom, Donald Duck in Dinoland at Disney’s Animal Kingdom, or any other character at a traditional meet and greet location.

Childrens’ play areas will also not be open when the parks reopen.

MacPhee also said that the parks will not offer fireworks or parades in order to limit crowds from forming within the parks. This means that fireworks shows like Happily Ever After at Magic Kingdom or Epcot Forever fireworks at EPCOT will not be running, and neither will Festival of Fantasy at Magic Kingdom.

He did not share when fireworks and parades will be offered in the future, but he said that more information would be coming soon.

Disney later released an official statement regarding operations, stating that characters will still be in the parks, just not for meet and greets:

This phased reopening will demonstrate a deliberate approach, with limits on attendance and controlled guest density that aligns with guidance on physical distancing. That means certain experiences we know draw large group gatherings – such as parades and nighttime spectaculars – will return at a later date. In addition, “high-touch” experiences such as makeover opportunities, playgrounds and character meet and greets will remain temporarily unavailable, but characters will still be in our parks to entertain and delight our guests.

Even though operations will be different, the Disney World VP shared an optimistic outlook and stated that he and the rest of the Disney World team are excited to get to bring magical experiences back into guests’ lives as soon as the theme park gates reopen.

“As you all might imagine, there has been a great deal of work put in to get the Walt Disney World Resort and our Cast Members ready to reopen in this new environment for our July 11 opening,” MacPhee shared. “We rethought many aspects of our operation to help enhance safety and provide a great guest experience.”

The Disney World VP continued, “We’re now implementing this work and proceeding with training and development so our Cast are ready for this road ahead, and soon we will be welcoming our guests back. We believe this thoughtful, methodical, and phased ramp-up strategy for our property is the right path. Together we hope everyone will do their part to bring the magic of Walt Disney World back into this new environment.”

Below is Disney World’s health and safety plan that was presented to Orange County today:

When Shanghai Disneyland reopened on May 11, guests soon discovered that a modified version of character meet and greets was available, though entirely different from what they were used to. Guests can wave to characters and take photos of them from a distance, and they appear in certain areas of the parks at certain times of day. However, you cannot give Mickey Mouse a hug, high five your favorite Avenger, or twirl with your favorite Disney Princess. But characters are still present in Shanghai Disneyland, so many assume a similar approach will be taken at Disney World.

Read More: You Can See (But Not Hug) Mickey Mouse at Shanghai Disneyland

We expect to hear more about Disney’s future plans for character meet and greets, parades, and fireworks sometime soon. We will update Inside the Magic as more information becomes available.