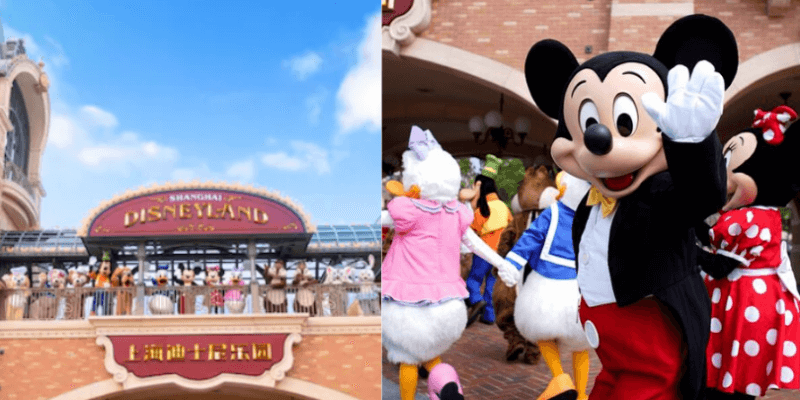 Shanghai Disneyland officially reopened on May 11, after a temporary closure of nearly four months due to the current pandemic. Upon reopening, guests were greeted by the Disney characters they know and love, but in a way they may not be used to. Currently, there is no traditional character meet and greets at Shanghai Disneyland, a hint at the possible future for the rest of the Disney Parks after they reopen.

Currently, to abide by the health and safety protocol set in place, Shanghai Disneyland is offering modified character experiences since its initial reopening day on May 11. This means guests can’t run up to Mickey Mouse and give him a big hug, no matter how much we all miss him. But it doesn’t mean Mickey Mouse isn’t at the parks.

When it comes to character sightings, Shanghai Disneyland is offering several opportunities throughout the day for guests to see Disney characters, wave to them, and take pictures from afar, all without actually standing face to face with them. Below are some examples of these modified character meet and greets as well as their official descriptions:

Wave Hello to Your Favorite Mickey Avenue Characters: In Mickey Avenue, you’ll find the gang, including Duffy and his friends greeting you from atop the entry portal, next to the clock tower, as you enter Shanghai Disneyland.

Princess Balcony Greetings: As you wander around the Enchanted Storybook Castle, be sure to look at the castle balcony above where you may see some of your favorite princesses waving hello.

Avengers Assemble at the E-Stage: Throughout the day, this dynamic group of super heroes assembles on the Pepsi E-Stage, creating a perfect opportunity to capture a heroic photo.

Catch a Glimpse of Jack Sparrow: Dare to become a pirate at this port town overflowing with the notorious pirates of the Caribbean and be sure to say “Ahoy Matey” if you run into the one-and-only Captain Jack Sparrow!

Beyond this, Shanghai Disneyland has some parades and shows still available for viewing. These are also opportunities where guests can see their favorite Disney characters.

But what about in the U.S.? Will these modified character greetings be implemented at Walt Disney World Resort in Florida or Disneyland Resort in California (or at any Disney Park around the world)?

The chances are, yes. Disney executives have reiterated that they are looking to Shanghai Disneyland in China as an example of how other Disney Parks (including Magic Kingdom and Disneyland) will reopen once it is safe to do so. Given how much Disney CEO Bob Chapek has stressed the importance of guest and Cast Member safety when it comes to Disney World and Disneyland reopening, it can be assumed that character meet and greets at the U.S. Disney Parks will look a lot like those currently at Shanghai once Walt Disney World Resort and Disneyland Resort reopen.

What do you think of the modified character meet and greets at Shanghai Disneyland? Will you be happy once you get the chance to wave at Mickey Mouse, or do you plan to wait to visit the Disney Parks without such modifications? Let us know in the comments.