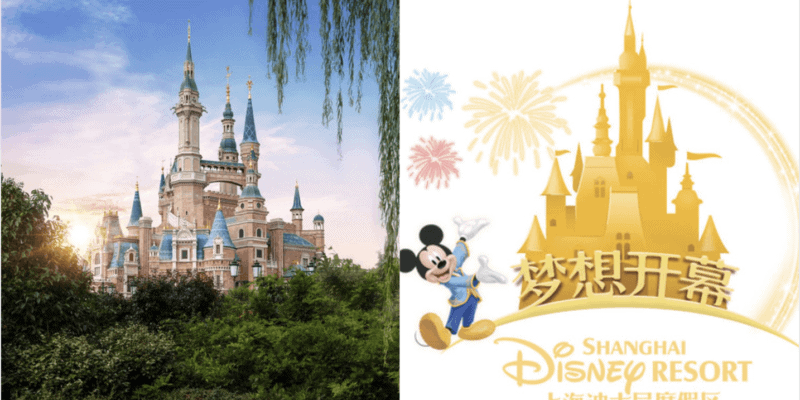 In the photo, the castle looks majestic (and ready to welcome guests back to the theme park!)

Tickets for the Disneyland Shanghai reopening sold out in mere minutes. Although the Disney park will not currently be operating at full capacity, this is a testament to how much Disney fans have truly missed visiting their favorite theme parks around the globe!

The official Shanghai Disneyland Resort reopening was met with much fanfare, including a medley of Disney Parks songs, including Splash Mountain’s theme, “Zip-a-Dee-Doo-Dah.”

After last week’s health and safety video, Shanghai Disney Guests reportedly discovered that the temporary removal of masks for photos and other activities is allowed. The Walt Disney Company has not yet commented on its face mask policy for Walt Disney World and Disneyland Resort in the United States.

We’re so excited that at least one of the world’s six Disney Parks is once again open! Like this sunrise photo of Enchanted Storybook Castle proves, there’s always a light at the end of the tunnel and it’s only a matter of time until we can visit Disney World and Disneyland again.

What are you most looking forward to when your favorite Disney Park reopens? Tell us in the comments!

If you’re missing the Disney Parks, these other sunrise photo collections will make you feel like you’re walking through your favorite Disney theme park right after rope drop! We can’t get enough of the sun rising over Star Wars: Galaxy’s Edge and Disney’s Animal Kingdom.

We also love this incredible series featuring Disney Castle sunrises from the Magic Kingdom and around the world!

Thanks to the Disney Magic Moments initiative, Disney fans have had the opportunity to experience all sorts of Disney magic at home during the temporary park closure.

From these sunrise photos that celebrate the beauty of Disney’s theme parks to behind-the-scenes looks at Walt Disney Imagineering, the Walt Disney Company has been sprinkling pixie dust on their fans’ everyday lives.

Comments Off on Say Hello to Shanghai Disneyland’s Castle on Reopening Day!