CA Theme Parks in 2021: Closed For Nearly a Year, But Not All Hope Is Lost - Inside the Magic 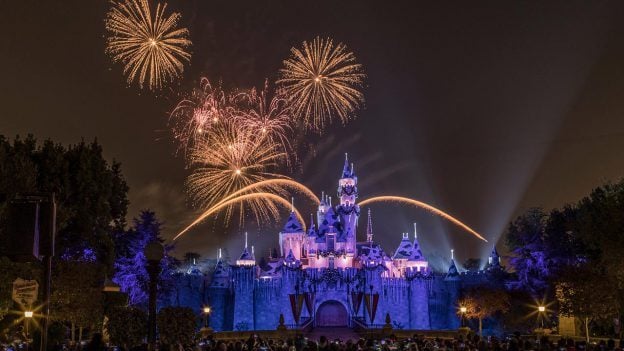 It’s January 2021. California’s major theme parks have been closed for over 10 months, and the current status of COVID-19 in the state indicates that Disneyland and Universal Studios Hollywood are all but guaranteed to be closed for at least a full year. But even amid the ongoing pandemic and the operational changes at Universal and Disney, we still have hope for a bright future ahead of us in 2021.

And it seems clear that the California theme parks are remaining hopeful, as well.

The tourism industry has been hit hard by the ongoing COVID-19 pandemic. Disney Cruise Line — along with several other cruise companies — guaranteed that they would go at least a full year without sailing when they canceled all trips in March 2021. And, although Universal and Disney have not explicitly stated this, it appears that Universal Studios Hollywood and the theme parks of the Disneyland Resort will go at least a full year without opening their gates to Guests.

Related: Disneyland Fans Share What They’d Do With Just One Hour at the Park

We say it’s “all but guaranteed” that the theme parks will be closed past March 2021 because the opening of Universal Studios and Disneyland is dependent on the status of COVID-19 in California. The theme park reopening guidelines laid out as part of the Blueprint For a Safer Economy enacted by California Governor Gavin Newsom state that theme parks can reopen when the county in which they are located has less than one COVID-19 case per 100,00 residents.

So, coronavirus cases in Los Angeles County (where Universal Studios Hollywood is located) and Orange County (where Disneyland Resort is located) would need to significantly decrease in order for theme parks in those counties to reopen. That fact, combined with the current stay-at-home order in place all across Southern California, leads many theme park fans, reporters, and analysts to believe that it will still be at least a few months before Disneyland and Universal Studios can open their gates.

The theme parks closed in mid-March, and COVID-19 cases continue to rise in California even with the vaccine just recently becoming available to more residents. Unless something dramatically changes within the next few weeks, we will officially reach the point in time when the parks will have been closed for a full year.

Additionally, as we know from last week’s news, the Disneyland Resort Annual Passport program has ended. The AP program as we know it is no more, and a “new membership offering” is expected to be introduced. Universal Studios Hollywood, as the rival theme park destination one county north, made it clear that their Passholders are here to stay.

Hey Pass Members. Yeah, you. We just want to let you know that we ❤️ you.

There are plenty of varying perspectives regarding the cancellation of the Disneyland Resort AP program. Many APs are angry at Disney’s decisions, while others feel it is understandable, and several even feel hope for the future.

There is some optimism for 2021. Vaccines are beginning to be distributed across California, hopefully leading to a decrease in COVID-19 cases and even paving the way for theme parks like Disneyland and Universal Studios to be able to reopen sometime this year.

Read More Magic: Everything New Coming to Universal in 2021, Including a Brand New Theme Park!

We aren’t only relying on our own optimism for this hope, either. Even Disney has indicated that this can be a bright year for the Disneyland Resort. In an announcement of everything Disney fans can expect in 2021 — which included what’s coming to Disney Parks in 2021 — D23 announced that Snow White’s Enchanted Wish at Disneyland Park and Avengers Campus at Disney California Adventure Park are expected to open this year. So, if Disney is optimistic that the theme parks will open in 2021, perhaps fans will be, too.

Disneyland President Potrock even shared the following in a recent interview:

“Even in the pain and suffering, I have to look at, ‘Is there a glimmer of hope in the future?’ And that glimmer is the exciting part.”

We are also looking forward to Universal Studios Hollywood reopening as soon as it can, although Universal has shared very little about what Guests should expect from the theme park in 2021 and beyond. However, the company has made it clear that they want Universal Studios Hollywood to reopen as safely and quickly as possible, so we can expect for them to push for a reopening this year.

There is plenty of debate surrounding when theme parks should open in California, especially as the United States continues to weather the ongoing pandemic. However, it appears that these major theme parks remain hopeful that they can reopen sometime this year. We will continue to keep Inside the Magic up to date with the latest information on theme park operations. And as soon as we know when Disneyland Resort and Universal Studios Hollywood can and will reopen, we will share the news.

Are you hopeful for a 2021 reopening for California theme parks? Do you think you will visit Disneyland or Universal first? Let us know in the comments.