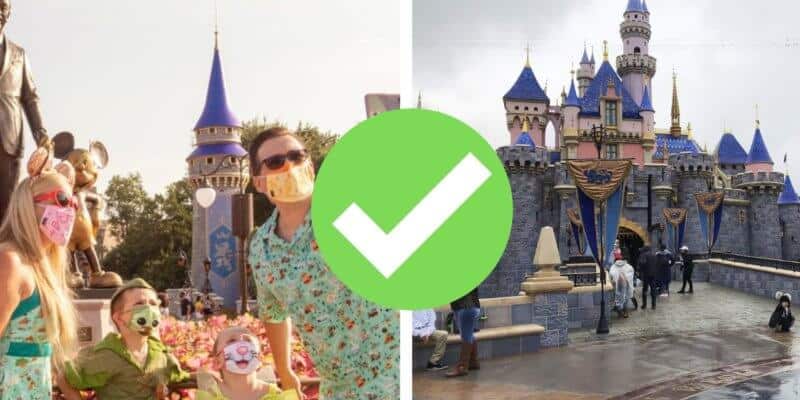 It seems that each day, someone new is speaking out and up to Governor Newsom to reopen Disneyland — this time it’s IAAPA.

IAAPA (International Association of Amusement Parks and Attractions) is the largest international trade association for amusement parks, attractions, and other leisure and family entertainment facilities worldwide — and they are ready to see California parks back open.

The attractions industry values safety above all else. We are ready to reopen in #California. #ReadytoReopenResponsibly #IAAPA

Safety has always been the attraction industry’s number-one priority. Parks around the world have added science-based protocols to their operations and new cases of COVID-19 have not been traced to any of these reopened locations.

California’s parks are ready to reopen. We urge Governor Newsom and his team to work with the industry leaders to develop a science based plan and safely reopen parks in Tier 3.

The attractions industry values safety above all else. We are ready to reopen in #California. #ReadytoReopenResponsibly #IAAPA @GavinNewsom @CaAttractions pic.twitter.com/A4VHHtWtfd

At the moment, Governor Newsom’s reopening guidelines for theme parks forces any park with a capacity over 15,000 to not be allowed to reopen until their respective county is in Tier 4, which means 1 case per 100,000 people. For context, Orange County, where Disneyland is located, sits in Tier 2.

The current unified goal from the IAAPA, CAPA, and all CA theme parks is to change these guidelines to allow the parks to open at Tier 3. Even once they reopen it will be to incredibly strict guidelines, and theme parks such as Disneyland Resort have been getting ready for this day for months. In fact, officials have said they’ve been ready to reopen Disneyland since July.

CA state officials and health and safety officials have visited both Disneyland Resort and Universal Hollywood Resort. The Mayor of Anaheim stated that businesses will not survive if these reopening guidelines stay in place, and over 28,000 Cast Members have been laid off from The Walt Disney Company, including Cast Members of both Walt Disney World and Disneyland Resort.

The IAAPA states that they wish Newsom would work with the theme park leaders to create safe and scientific guidelines, but if we look at history, this may be falling on deaf ears. Ken Potrock, Disneyland President, has reached out to Newsom many times to offer to team up and create the guidelines together, and even after Newsom decided to listen, the results were the current guidelines which have been deemed “unworkable”.

At the moment, aside from all the pleads and begging to Newsom to change his guidelines, they still remain in effect. It will be interesting to see if Disney does decide to take legal action against the state, or if Newsom takes a second look at his guidelines. Stay tuned to ITM to be in the know of what happens next!

Do you think Disneyland and California theme parks should reopen? Let us know in the comments below.