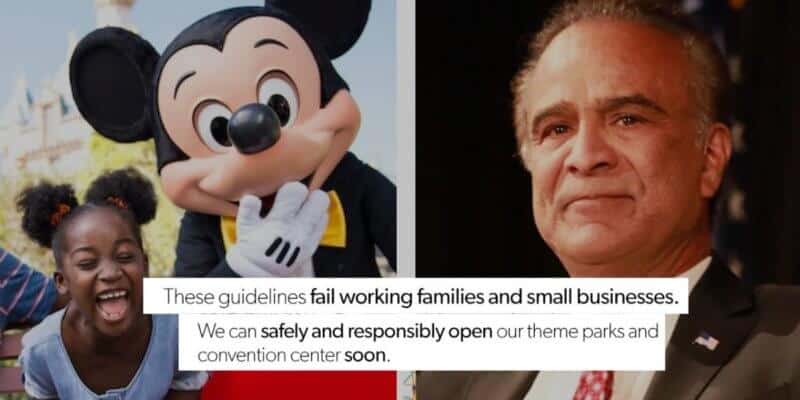 He said that California was “very reassured” by what they saw when visiting the theme parks in Florida, such as social distancing and how the lines to rides and attractions were being handled. However, there were also some things that raised some concern at the parks, such as the level of mixing groups even with masks.

“These guidelines fail working families and small businesses. As painful as this is, Disney and the city of Anaheim will survive. But too many Anaheim hotels, stores and restaurants will not survive another year of this. Many are family businesses. The jobs they provide support other familiars. We can safely and responsibility open our theme parks and convention center soon. The unions of the Disneyland Resort agree and support the reopening of the theme parks in Tier 3 — not Tier 4, — which would wipe out jobs in our city and destroy lives.”

Large theme parks including Disneyland Resort and Universal Studios Hollywood, as well as smaller theme parks located throughout California, have been wanting to reopen their doors — Disney officials even said they have been ready to reopen since July.

Disney has also issued a statement on the reopening guidelines released today, which you can read here.

Additionally, the California Attractions and Parks Association’s statement can be viewed here.