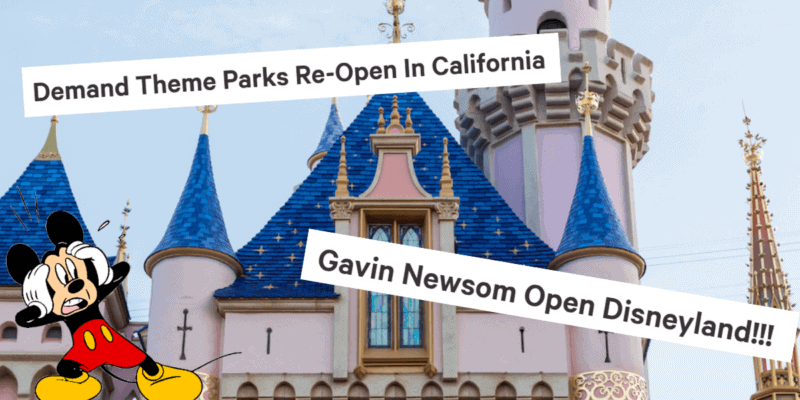 It’s been just about seven months since theme parks across California shut their doors due to the pandemic. Large parks like Disneyland Resort and Universal Studios Hollywood — as well as smaller parks throughout the state — have been itching to reopen. Guidelines have been delayed, mandated closures have continued, and those on all sides of the particularly contentious issue of reopening California have voiced their opinions on whether or not it’s safe to return to theme parks right now or in the near future.

Read More: CA Parks ‘Eager to Work Together’ With Newsom on Reopening Plans

One way Californians have attempted to make their voices heard is through the creation of petitions.

Over the past several months, petitions related to theme park closures and reopenings have surfaced on the web. There were petitions to close theme parks because of the pandemic, to extend closures indefinitely, to allow Disneyland to reopen on its 65th birthday, to keep Walt Disney World closed amid a spike in COVID-19 cases — it’s safe to say there’s a lot to say.

We’ve come across several petitions on Change.org asking Newsom to reopen theme parks across the state.

Another says, “Why is California different? This is all about politics now and every other entertainment sector in the state of California has respectable reopening guidelines in the tier system except theme parks! Theme parks should be able to reopen right now but have retail and restaurant restrictions inside the parks depending on what tier that county is in.”

“Gavin Newsom, we demand you allow theme parks to reopen now. The parks are willing to work together and establish screening and safety protocols similar to what has been successful in other states and countries during the pandemic,” the petition continues.”Ignoring this demand is destroying the California economy and the ability of the people to support themselves and their families. If people are free to decide for themselves to visit your wineries they are free to choose to safely visit a theme park.”

“I think with everything going on in the world we deserve this happy place to escape to,” reads another petition.

Amid all of the commotion, state officials continue to reiterate that guidelines will be issued “when we’re ready.”

On Tuesday, California Health and Human Services Secretary Mark Ghaly commented on theme park reopening guidelines, which, as we know, have been a particularly hot topic this week, given the statements by Gov. Newsom and Disney CEO Bob Chapek.

“I know a number of people are continuing to wonder when that guidance is coming out and I like to say, ‘It will come out when we’re ready,’” Ghaly said. “We’re working closely with our industry partners making sure that we take all feedback, use our own information from visits to operating parks in other states and then some visits here in parts of California to understand how those plans will come together.”

Read More: Reopening Rally to Be Held Outside Disneyland

We don’t yet know when theme parks like Disneyland, Disney California Adventure, and Universal Studios Hollywood will reopen. But it’s clear from the sentiments shared by the public that, more than anything, theme park fans want answers.

We’ll continue to update Inside the Magic with the latest information about California theme park operations as it becomes available.