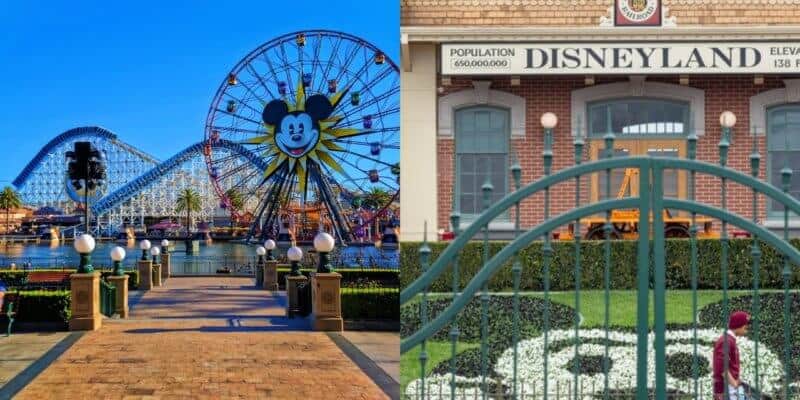 Many California residents and theme park lovers have been paitently awaiting the reopening of Disneyland Resort and Universal Studios Hollywood, and today we are one step closer to that outcome. California state officials have taken a visit to both theme parks, with promising comments made.

Disneyland Resort, alongside all the other California theme parks have been awaiting reopening guidelines from Governer Newsom for quite some time. The toggle between the California Attractions and Parks Association and Newsom has been going on for quite some time, with Newsom in “no hurry” to reopen Disneyland or Universal, while Disneyland, and many buisness owners within Anaheim beg for a reopening to re-start the economy.

“It was heartening to hear Gov. Newsom share that his administration is ready to work with the theme park industry,” Guerrero said in a statement. “We applaud the governor for accepting our invitation to visit California’s iconic parks and we are eager to work together so theme parks can reopen responsibly and soon. Doing so will allow tens of thousands of people to get back to work and provide a much-needed jump start for local and state economies that have been decimated by the shutdown.”

Now, according to The Hollywood Reporter, it seems that the visit happened and it went quite well. Here’s what Universal Studios Hollywood had to say:

“We were grateful for the opportunity to share our enhanced health and safety protocols with state officials, including representatives from GO-Biz and the California Department of Health, earlier this week. We are hopeful this brings us closer to a positive resolution on behalf of our entire industry,” a spokesman for Universal Studios told The Hollywood Reporter.
As for Disneyland, a company official confirmed state officials also toured the theme park. No additional specifics were offered. Disneyland had already implemented new health and safety recommendations from the Orange County Health Care Agency.

We can see that Universal was seemingly very happy with the visit, and it does not seem that any changes were requested from state officials. Disneyland Resort previously had CA Health and Safety officials in the parks and adapted more of their safety protocols, and state officials also have no more to offer, according to the THR report.

Considering these visits were made under Newsom’s blessing, Disneyland Guests, as well all California theme park goers, can possibly have a glimmer of hope that the supposed “perfect score” the 2 Disney theme parks received could convince Newsom the parks are operating safely. Petitions have even been filed to help urge Newsom that these theme parks need to reopen as soon as possible.

We currently have not heard any word from Newsom regarding the visits or what he plans to do with this information regarding the health and safety protocol that theme parks have already set in place. Stay tuned to ITM as we continue to report each step the state of California is taking to reopen theme parks.

Are you ready for Disneyland and Universal Hollywood to reopen?