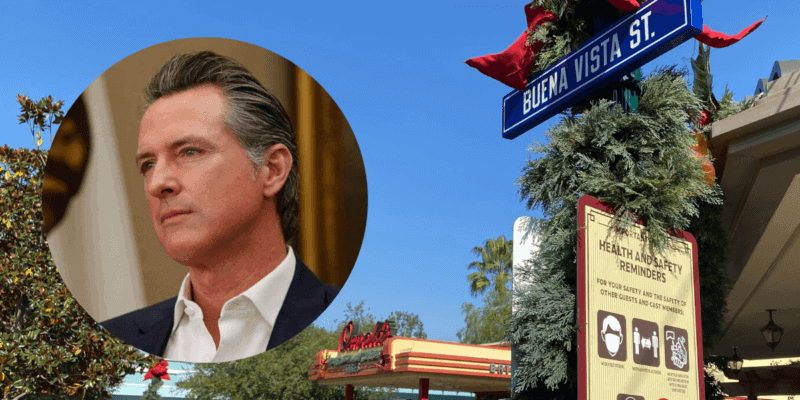 Southern California — which includes Orange County, where Disneyland is located — will be under a regional stay-at-home order starting this weekend as COVID-19 cases rise and more patients are admitted to hospital ICUs. Here’s what this means for current Disneyland Resort operations.

As of Saturday, December 5, it was confirmed that the stay-at-home order for Southern California would go into effect, and businesses would have 24 hours to comply. The order will last three weeks, pending more news from the state.

Under this stay-at-home order for Southern California, here are the restrictions that would apply to the Downtown Disney District, which is still allowed to operate with modifications:

So, what does this mean for current Disneyland Resort operations?

As of Saturday afternoon, here is the update that Disneyland shared:

While the Downtown Disney District has begun a phased reopening, beginning Dec. 7, restaurants and dining locations that do not offer take-out will close. Retail locations will remain open.

Here’s a breakdown of how the Southern California stay-at-home order will affect operations at Downtown Disney, Buena Vista Street in Disney California Adventure, and the Disney Vacation Club villas at Disneyland Resort.

Disneyland and Disney California Adventure closed in mid-March, but since this summer, Disneyland Resort has been in a phased reopening — albeit very, very slowly.

In mid-July, Downtown Disney began a phased reopening. The Backlot Premiere Shop (on the Hollywood Land backlot of DCA) opened in early October. And, most recently, Buena Vista Street inside Disney California Adventure reopened as an extension of Downtown Disney on November 19. Disney has slowly offered more inside DCA, and many fans suspect that — as Disney is allowed to — they will continue to expand the shopping and dining offerings to give Guests more to do and bring more Cast Members back to work.

We will continue to update Inside the Magic as more information about Disneyland Resort operations becomes available.