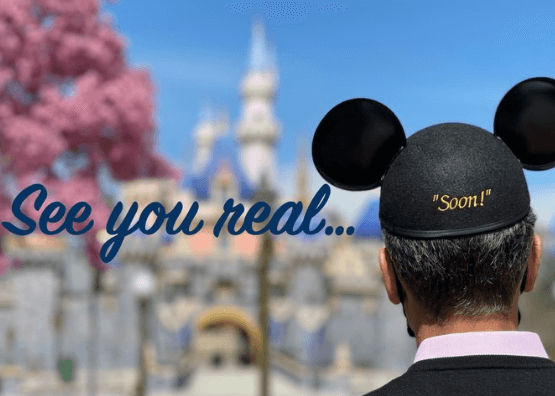 It’s official! The theme parks of the Disneyland Resort — Disneyland Park and Disney California Adventure Park — will be reopening on April 30, 2021, over one year after they began their pandemic-era closure.

Amid the good news for California, Orange County, and the theme park industry as a whole, Chairman of Disney Parks, Experiences and Products Josh D’Amaro and Disneyland Resort President Ken Potrock are sharing in the reopening excitement.

Of course, the Disneyland president shared his own statement.

“The day all of us have long been waiting for is almost here,” said Ken Potrock, president of the Disneyland Resort, according to D23. “We’re excited to have more than 10,000 cast members returning to work as we get ready to welcome our guests back to this happy place.”

This coincides with a previous sentiment that the Disneyland president shared regarding Cast Members returning to the theme parks. Potrock released the following statement after the State of California announced that theme parks would be allowed to reopen as early as April 1:

The Walt Disney Company Chief Executive Officer Bob Chapek also said that he and the rest of the company are looking forward to bringing theme park employees back to work as soon as possible.

As mentioned, per the news released today, Disneyland Park and Disney California Adventure Park will reopen on April 30. One of the Hotels of the Disneyland Resort — Disney’s Grand Californian Hotel & Spa — will reopen the day before on April 29, allowing even more Cast Members to return to work at the Happiest Place on Earth.

More information pertaining to the reopening of Disneyland Resort, including operational details and more, can be found on the official website here.

Do you plan to visit Disneyland and Disney California Adventure as soon as the theme parks reopen?

Want to be among the first Guests to visit Disneyland Resort as soon as the theme parks reopen? Click here to book a trip!