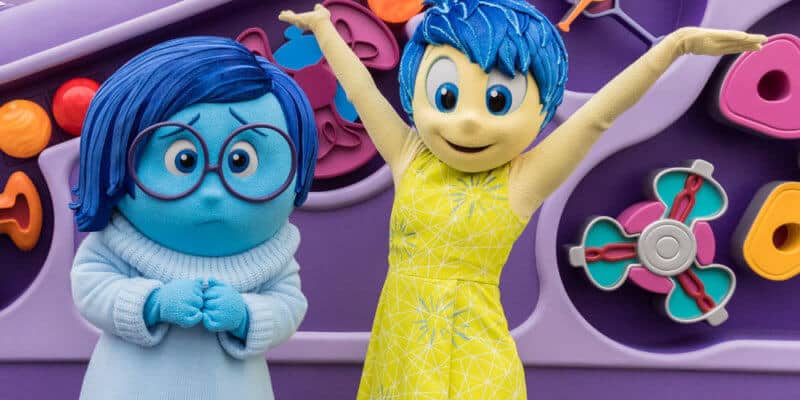 Disneyland Cast Members continue to return to work as Disney prepares to reopen the theme parks of the Disneyland Resort next month.

The Walt Disney Company Chief Executive Officer Bob Chapek shared that Disney will continue to bring their theme park employees back to work as soon as possible.

In a statement on March 9, Disney CEO Bob Chapek said that the reopening of the Southern California Disney Parks means that they will be “recalling more than 10,000 furloughed Cast and retraining them to be able to operate according to the State of California’s new requirements.”

Following the news that Disneyland and Disney California Adventure are allowed to reopen in tier 2 of California Governor Gavin Newsom’s reopening plan, Disneyland Resort President Ken Potrock also shared a positive statement that touched on the fact that thousands of employees will get to go back to work. And since then, it has become even clearer that Disneyland Resort continues to welcome Cast Members back to the Happiest Place on Earth.

Workers United Local 50, one of the unions that represents some of the Cast Members of the Disneyland Resort, took to Facebook to share a recall update. According to the post, furloughed Cast Members will begin being notified of recalls today, March 15, and even more Disneyland theme park employees will continue to be recalled.

RECALL UPDATE
A wave of recall from FURLOUGH is set to begin Monday, March 15th. This is will be one of many waves. This wave is expected to have an effective return date for the week of March 28th.
All Local 50 Area Chefs and Chefs are expected to be recalled. The recall of Area Chefs and Chefs will be mandatory due to this.
Ten (10) scheduling positions are expected to be filled.
Fifty-eight (58) QSR positions are expected be filled. Position will be filled for Receiver Lead, Receiver Assistants, and Receiver Assistant Trainers.
The recall rules are unchanged regarding order of recall, opting out, missing the call, etc. Check out our Furlough FAQ at WWW.WULOCAL50.ORG. Remember if you have previously opted out/missed recall and you ready to return you must fill out the “request to return to work” form on the HUB.
If you have any questions members can message us directly or call the office at 714 502-0220.
In solidarity,
Chris Duarte
Workers United Local 50 President

RECALL UPDATEA wave of recall from FURLOUGH is set to begin Monday, March 15th. This is will be one of many waves….

The union posted another update on March 16 with more recall details:

RECALL UPDATE
We met with Disney today and are pleased to announce that a large scale recall is to begin for furloughed members. These recalls are for coverage of DCA operations and DL opening. We have no date on when DL will reopen.

In Vending 114 members are expected to be brought back over these weeks. With positions to be filled for Cashier, Inventory Controller, Stocker/Steward and Food Prep. Plus leads, trainers, and supports as needed.

In Club 33 only 7 positions are expected to be filled for Food Service Worker, Receiver Assistant, and Receiver. Plus leads as necessary.

In Table Service 307 members are expected to be brought back to work over these weeks. Positions to be filled are Bar H/H, Bartender, Bushelp, Dinner Cook, Food Prep, Food Service Worker, Order Cook, Steward, and Waithelp. Plus leads, trainers, and supports as needed.

The situation is very fluid and numbers are likely to change. As we become aware of changes we will keep everyone informed. We do not know what locations will be reopening yet.

REMEMBER to check our FAQ on our website out regarding the process and what you can do. There is a chance in some classifications may be subject to mandatory recall. If this comes into play we will make an announcement when we are notified and the company representative will inform the individual directly when they call.

We will keep everyone posted as we get more information. If you have any questions check out our FAQ, message us directly, or contact us at the office.

Additionally, the theme park bloggers at Fresh Baked shared on Instagram this weekend that Disneyland Cast Members along with the horse-drawn trolley were spotted on Main Street, U.S.A., in Disneyland Park. We have reported when we have seen the Main Street horses in the past, so this is a welcome sight!

The trolley is out!

This is the closest we’ve been to the entrance in a year! Feels good. Can’t wait to be on the other side of the gates soon.

Disneyland Cast Members who are currently working at the resort also experienced some fun today during a preview of the upcoming limited-time ticketed event at Disney California Adventure, A Touch of Disney. Several Cast Members as well as their Guests took to social media to post about the fun they experienced on Monday.

Also, although they are not employed by Disney, several Starbucks employees have returned to work this week, as well, since the Starbucks on the west end of the Downtown Disney District reopened on Monday after a temporary closure.

As mentioned, the first phase in the reopening of the theme parks of the Disneyland Resort will bring back approximately 10,000 Cast Members. However, there is still a long way to go. A lot of amenities will be suspended at the theme parks in addition to several entertainment offerings and other experiences. Plus, the parks will operate at a very limited capacity. So, it will likely be a long time before the rest of the Disneyland and Disney California Adventure Cast Members get to head back to work.

Still, recalling and training 10,000 Cast Members is no easy task and is certainly a positive during these times.

We look forward to seeing all of the true magic makers at A Touch of Disney as well as at the theme parks when they reopen soon!

Do you have a favorite magic moment that you experienced thanks to a Disney Cast Member? Let us know in the comments!

Comments Off on Theme Parks Welcome Back Disneyland Cast Members