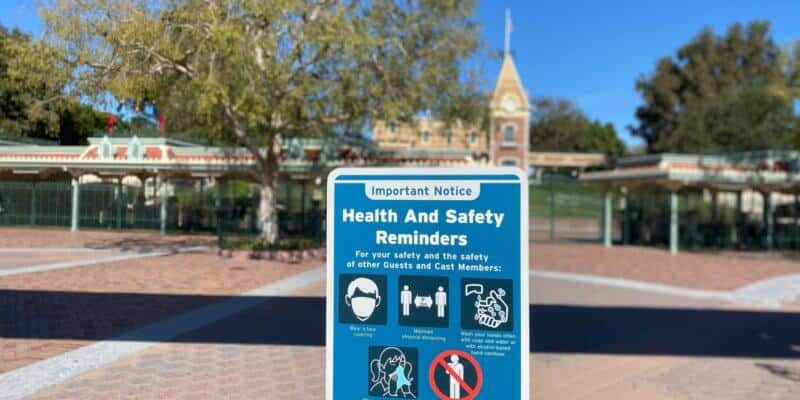 Related: Guests Get First Look at Food Booths For A Touch of Disney

Esplanade is now closed to people without A Touch Of Disney Tickets. This will go on from now until the event ends

Part of the Esplande towards DCA has been roped off for a Touch of Disney for the cast members today.

The Esplande is partially closed off for A Touch of Disney event at DCA. You can still walk through th Esplande to take pictures in from of Disneyland gate or to leave to property on the Harbor side.

On non-event days, it appears that for now, the Disneyland Esplanade might be fully available to Guests, but time will tell if that will change.

This news comes on the heels of Buena Vista Street closing to all Guests on March 14. Since November 19, 2020, Buena Vista Street had been operating as an extension of the Downtown Disney District, welcoming Guests through the gates of Disney California Adventure Park to shop and dine throughout the areas of Buena Vista Street, Grizzly Peak, and Hollywood Land. However, as we reported, the last day that Guests could enter Buena Vista Street for free was March 14, and now Disney is preparing for the thousands of Guests to enter the park for A Touch of Disney starting this Thursday.

Also, as a reminder, the Downtown Disney District will continue to be open to all Guests, free of charge, with a parking fee of $10. Even if you did not get tickets for A Touch of Disney, you can still experience some Disney magic in Southern California at Downtown Disney. Read more about the latest hours here.

We will continue to share Disneyland news as it becomes available. For more information on Disneyland Resort operations, visit the official website here. For the latest news on A Touch of Disney, click here.

Read More: EGG-xtra Excited For The Eggstravaganza at Downtown Disney!

Do you plan to visit Disney California Adventure for A Touch of Disney? Will you visit the Downtown Disney District soon? Let us know in the comments!