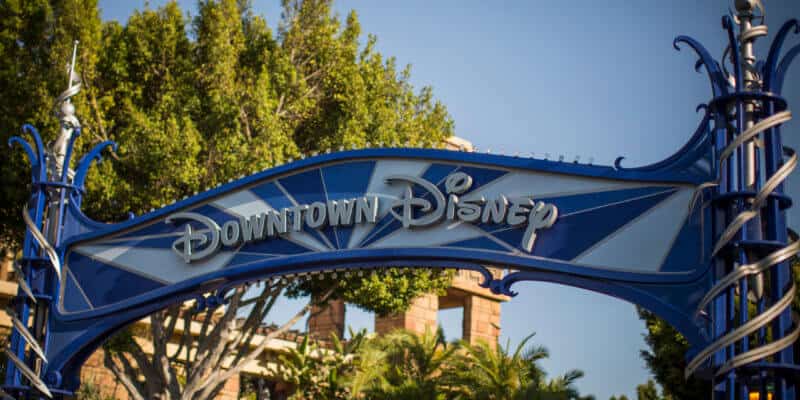 If you are a Disneyland Guest (or a Legacy Passholder) you have likely been getting your theme park fill by entering the Downtown Disney District, and by extension, Buena Vista Street in Disney California Adventure for the past few months.

Although both Disneyland and DCA have remained closed, you have likely already heard that they are bringing Guests a new event titled A Touch of Disney, which already sold out tickets for the current dates listed. The upcoming event will allow Disney fans the chance to re-enter Disney California Adventure in its entirety (aside from riding attractions) to eat and drink to their heart’s content.

And now that the event is around the corner (it begins next week) it seems that Disney is making a few adjustments in terms of the hours of operation at Downtown Disney.

We have taken a look at the new schedule and broke down exactly when Downtown Disney will be open and closed beginning next week. Starting on March 18, Downtown Disney’s hours will be:

Prior to the A Touch of Disney event, the Downtown Disney operating hours only extended to 9:00 p.m. on Fridays and Saturdays. This is good news for Disney fans because it means that even after the event, Guests can hang around Downtown Disney for another drink, snack, or to get in some extra shopping!

When will Disneyland reopen?

Thanks to California Governor Gavin Newsom’s adjustment to the “Blueprint for a Safer Economy”, Disneyland is on a fast track to reopening! The change will now allow large theme parks to reopen much sooner than before.

Previously, Disneyland was not able to reopen until they hit the yellow/minimal tier 4, which would have only meant one positive COVID-19 case per 100,000 residents. But now, Governor Newsom has stated that theme parks can begin reopening once they hit tier 2.

Recently, we reported that “Orange and Los Angeles counties can move into the red/substantial tier 2 on March 17 if pandemic trends hold, according to state health officials.”

However, we do want to note that even though the county is on track to hit tier 2 as early as next week, Disneyland has yet to announce a reopening date. The Walt Disney Company’s CEO, Bob Chapek, did share that Disneyland Resort is targeting a late April reopening, but no confirmation on an actual date, or reopening plans, have been revealed.

Fans are keeping their fingers crossed that the COVID-19 cases in Southern California continue to drop so that Disneyland can reopen once again.

Stay tuned to Inside the Magic as we continue to track the reopening of Disneyland Resort!

Will you be going to the A Touch of Disney event at DCA?