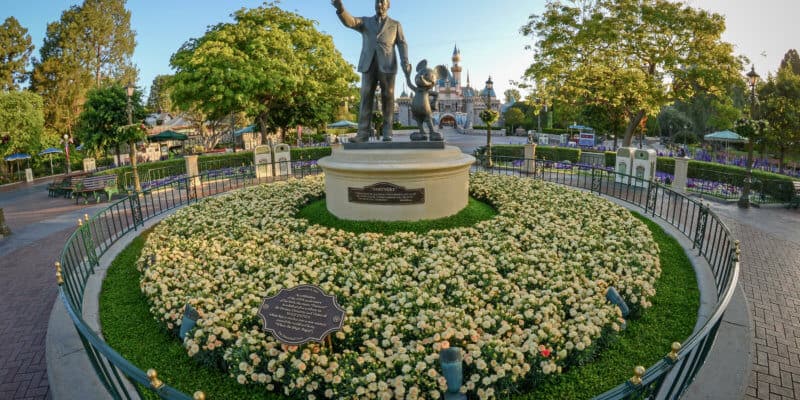 Friday was turned into Fri-YAY as this week was a big celebration for California, larger theme parks, and smaller theme parks located within the state.

For Disneyland specifically, the exciting news began on Thursday as Disneyland sold out its tickets through April 18th of its all-new event, A Touch of Disney. Fans waited hours in a virtual queue to purchase tickets, where Disney even added two extra weeks! Excitement was shared all over social media if they were able to get their hands on tickets as they get to enjoy Pixar Pier at Disney California Adventure very soon, which will include opening more dining locations and other Disney experiences like Disney characters.

On Friday came some even bigger news for Disney fans in the form of California Governor Gavin Newsom’s “Blueprint Refresh.” With some push for Anaheim, Los Angeles County, and California theme park association, Disneyland and other California theme parks, can reopen in just a matter of weeks! Disneyland President, Ken Potrock, followed up with a statement of positive encouragement about bringing back Cast Members to work and welcoming back Guests again in the spring.

But before all the Disneyland fans get too excited, there are a few strict theme park reopening guidelines that Disneyland has to follow in order to reopen in the Red Tier of California’s “Blueprint for a Safer Economy” with its now amendment, the “Blueprint Refresh.” The parks can only reopen at 15% capacity in the Red Tier, and Orange County, home of Disneyland, is only in the Purple Tier right now.

One of the other stipulations is that the 15% capacity will only be from California residents — only those who live in California will be allowed to visit the theme parks at first, according to state officials. With this announcement being so recent, there has been no Disneyland official announcement as to how this new rule will be approached or handled. Given Disney’s positive reaction to the new guidelines for theme parks to reopen, it seems to show that they will be strictly following these guidelines, however, it is important to note that Disneyland has yet to announce the reopening date or how they will approach the reopening. Inside the Magic will keep you updated as we get Disney official information.

In regards to the new reopening guidelines, Disneyland fans have not all agreed with them. So how are Disney fans feeling about this new “CA visitors only” rule?

How Fans Feel About “CA Residents Only”

Well, it’s definitely mixed emotions all over Reddit and social media, an “emotional whirlwind” as we Disney fans would call it. California residents who are excited and ready for the Disneyland reopening are relishing the fact that they will be able to experience the park in this way.

For out-of-state fans and legacy passholders, envious and a little bummed pretty much sums up many of the feelings. The fans spreading the most pixie dust magic are the ones who are just excited for those CA residents who will be going to Disneyland hopefully in the near future. Inside the Magic fan Vickie F. asks, “And how long will be before people from other states will be able to go?” Looks like we’ll have to wait for government officials to give Disneyland the go ahead for the next part of the phased reopening.

Summer M. expressed her disapproval by saying, “Only thing I think is dumb California resident only, but they all can travel to other states, people can travel for the Touch of Disney but we can’t go when parks open dumb” and on Twitter, Irish Pixie says, “No out of state guests. Sad. @mokeboyy have fun!”

No out of state guests. Sad. @mokeboyy have fun! https://t.co/LDNAHpZAmQ

Understandably, many are happy that Cast Members can get back to making magic at the Happiest Place on Earth. Like Inside the Magic fan Jeff E. said, “I live in Arizona & the way that I see it, this is definitely a step in the right direction. True, I can’t go in the park like I want to but now, many employees of California theme parks can return to work & earn a living again. This is better than the parks staying closed & they will hopefully be open in time for my trip in November.”

Brandy E., took to Inside the Magic’s Facebook to ask this honest question, “My thought was would it be financially doable to open with only California residents. They would have to call back most cast members…. is it worth it? Honest question….”

To reiterate, Disneyland has yet to announce the reopening date, as well as, how they will approach the reopening. We will just have to wait for more news to come in the following weeks!

How do you feel about the “CA Visitors only” rule that Disneyland will be reopening by? Let us know your thoughts in the comments!