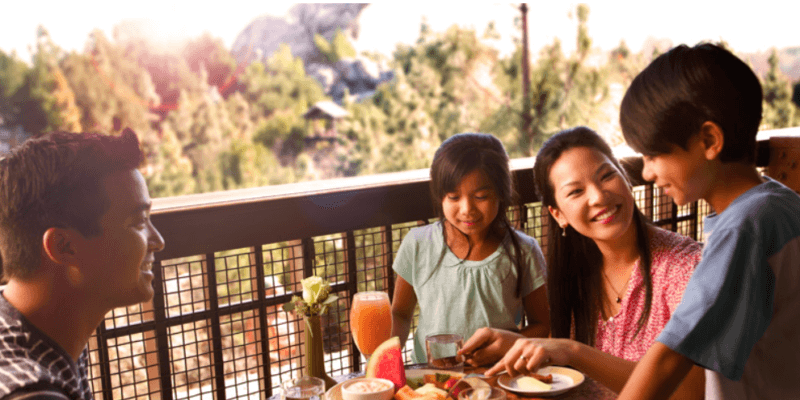 With the news that Disneyland Resort will finally be officially reopening on April 30, 2021, came more exciting information — Guests will finally be able to stay at one of the California Resort’s three onsite hotels again, as well!

We now know that one of the most iconic Disney hotels (which offers views into Disney California Adventure Park) — Disney’s Grand Californian Hotel & Spa — will kick off the phased reopening of the Hotels of the Disneyland Resort next month.

According to the official Disney Parks Blog announcement:

The health and well-being of guests and cast members remain a top priority.

Originally, the Grand Californian’s DVC villas were slated to reopen during the holiday season, but those plans were scrapped due to California state guidelines. Now, Governor Gavin Newsom’s “Blueprint Refresh” has paved the way for theme parks — and, in this case, Disneyland Resort hotels — to reopen to Guests once again.

Disneyland has not confirmed when restaurants, like Napa Rose and Storytellers Café, will reopen for Guests. When these establishments are once again available, they will have to follow California state dining guidelines.

Furthermore, it is likely that character dining experiences will be unavailable or modified, similar to how Walt Disney World Resort’s phased reopening process has been.

At this time, Grand Californian room reservations are not yet available. Visit Disneyland’s official website for the most up-to-date details.

Stay tuned to Inside the Magic for the latest on Disneyland Resort’s phased reopening process.

Comments Off on Disneyland Resort Hotels to Begin Phased Reopening