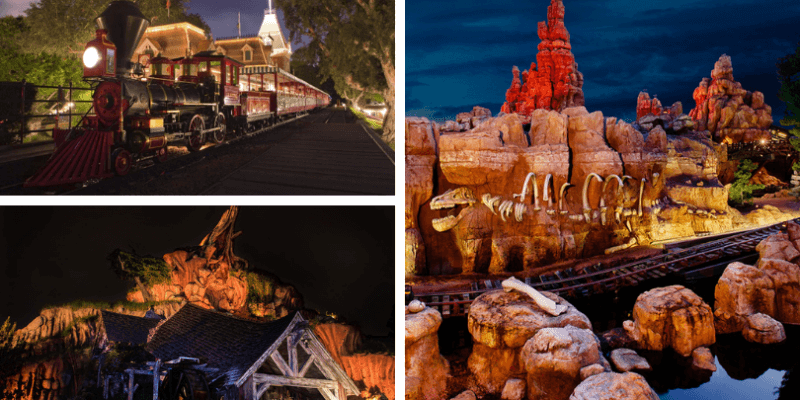 As Disney fans plan out their perfect day at Disneyland, many have an idea of what order they want to do certain activities, dining, and attractions from rope drop to closing.

Has anyone ever thought which of the Disneyland attractions are the best ones to finish off the day? Is it a nostalgic attraction from the original Disney Park or a thrill ride from Disney California Adventure?

Well, Reddit user huggableape posed the hypothetical question, “It is your last day visiting Disneyland for a long time. You have just enough time to go ride one last ride. Somehow, there are no lines. Which ride do you go on?”

Are you in between Frontierland and New Orleans Square after watching Fantasmic!? Maybe make your day complete with a dark ride in Fantasyland or on Main Street, U.S.A., after the fireworks? Well, here is a list of attractions by land. Where do you see yourself ending your perfect Disneyland day?

The Best Last Disneyland Ride of the Day

Disney fans have spoken, and there are definitely some attractions that are fan favorites to end the day with! Here are the top three attractions you’ll find the most Disney fans in the ride vehicle of.

Coming in at Number 5…

Coming in at Number 4…

A tie between Space Mountain and Matterhorn, which are either considered a thrill or a way to get beautiful views of the fireworks!

Coming in at Number 3…

Haunted Mansion is such a classic ride to complete the day at Disneyland and hopefully bring a hitchhiking ghost home.

Coming in at Number 2…

Big Thunder Mountain Railroad is said to have a completely different atmosphere in the evening. Don’t forget to say hello to the billy goat!

Coming in at Number 1…

It’s Pirates of the Caribbean! This slow ride seems to be the best way to whine down from an exciting day at the park.

The Disneyland Railroad offers the perfect opportunity to soak up the entire atmosphere of the park one last time before heading out the gates, preferably. Some Guests won’t opt to ride one more attraction before leaving but instead stand on Main Street, U.S.A. with an ice cream in hand.

For me personally, you’ll find me ending every Disneyland trip at “it’s a small world.” The Disneyland version (the original attraction) is just like no other. Even if I’ve been there three times in one week, I’ll be there. It puts a smile on my face and joy in my heart from a day of magic at the Happiest Place on Earth.

Let’s say your Disneyland ticket expires at midnight and it’s just about closing time. What attraction are you making a mad dash to? Share your perfect ending to the perfect Disneyland day in the comments below!