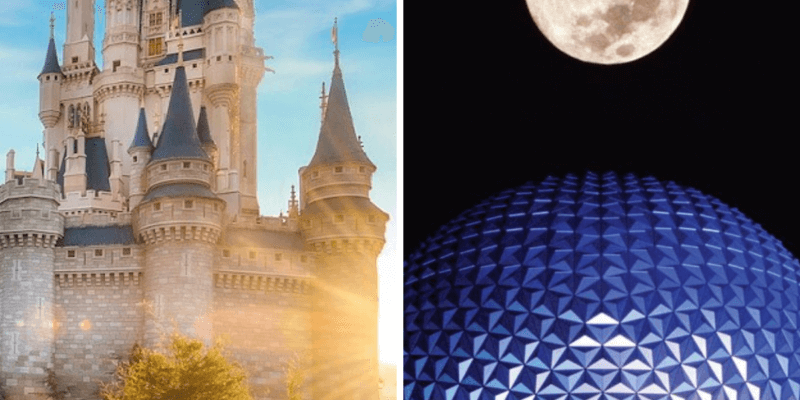 When it comes to spending a day at Walt Disney World Resort, there is no wrong way to plan your day. However, Disney fans will typically have their own preferred game plan. Sometimes that game plan is conquering the World Showcase from Mexico to Canada (because who walks around it another way?). Sometimes it’s completing the “Four Parks in One Day Challenge”. No matter what the game plan is, Disney Parks Guests do typically stay consistent with one portion of their Disney Parks habits — rope drop v. shutting down the park. These methods of conquering your chosen Walt Disney World park are both respectable, offering perks for both methods. Let’s see what fans have to say about their preference for experiencing the magic!

What Do Most Fans Say They Prefer?

While some fans would rather start their day early, others want to experience the magic you can only witness in the evenings at a Disney Park. On Reddit, Disney fans explained their preferences for arriving at or staying late at a Disney Park. Here are some fan opinions:

Clearly, fans are split on their preference! That division is totally understandable, because there is not one best way to do Disney; there is your way to do Disney. With the park hours during pandemic regulations, Disney Guest preferences may change. For example, why leave early from the park if it’s only open until 5 p.m. or 6 p.m. that day? You want to get the most out of your Disney ticket, so the shortened hours may encourage all-day fun in the parks.

However, in normal operating conditions, not every Disney fan is ready to conquer the parks for 12 or 13 hours, especially families with young children. Plus, if you are a morning person or a night person, this would obviously influence your park game plan.

So, now that we know the split in opinions, it goes to show that both rope drop and shutting down the park have perks. What are the perks? Here we go!

During normal operating hours, rope drop has many perks that set this experience apart for Disney Park goers. First of all, rope drop lets you be one of the first Guests in the park that day. Coming to Disney at park opening is such a special feeling. You see Cast Members setting up the magic as they prep the shops and open up attractions. The sun glistens on the clean pavement and shines off the perfect Disney scenery around you. Magic Kingdom rope drop is especially magical, as you get to be one of the first to stroll through Main Street, U.S.A. to your favorite rides in the themed lands of the park. Meanwhile, Disney’s Animal Kingdom immerses Guests into an active savannah, as the morning animals greet the new day.

For Star Wars fans, Disney’s Hollywood Studios is a great place for rope drop because of the popular Star Wars: Rise of the Resistance. In some oarding groups have been easier to join when the theme park first opens, giving fans a better shot at riding this spectacular attraction. Besides, an early start would give you more time to catch a ride on Millennium Falcon Smuggler’s Run as well!

The rope drop crowd often has the chance to ride attractions with typically long lines with a shorter wait, no FastPass necessary! Also, if you have a breakfast dining reservation inside the parks, it’s incredible to walk through the parks with very few other Guests beside you. You can slowly take in the magic as you walk to your reservation, then see other Guests slowly arrive for their Disney day as you dine.

If you decide to go to rope drop, you can always take a break in the middle of the day after experiencing your favorite rides and shows. Then, your family can theoretically return refreshed in the evening for a leisurely dinner and a couple extra attractions before you turn in for the evening. This is common rope drop strategy for families with young children.

Though rope drop has many perks, it’s not the only way to plan your Disney vacation days.

Shutting Down the Park Perks

There is nothing quite like nighttime at Walt Disney World. The extravagant lighting on the attractions and the nighttime spectaculars thrill Guests. These perks are enough to convince any fan that while Guests may get tired, Disney never will. There is a heartbeat to the evening Disney, packed with entertainment, good food, and beautiful scenery.

Think about Pandora – The World of Avatar at night. Animal Kingdom glows with this recent addition to their park. Nighttime Animal Kingdom experiences only emerged in the past few years. This new opportunity gave Guests a new way to do Disney as well, adding to the magic of their vacation. At EPCOT, Guests can stroll through the World Showcase, eating and drinking well into the evening.

Though there is excitement at night, there is a simultaneous leisure that comes with the setting of the Florida sun. When evening hits and many Guests have already left the park, lines decrease so that you can experience more attractions. You can pack in many of the rides you missed during the crowded hours of the day in your evening.

My favorite part of shutting down the parks is shopping! At Magic Kingdom, you can get in one last ride on Seven Dwarf’s Mine Train or Space Mountain right before close. Then, take your time getting out of the parks as you stroll through shops that have not yet closed their doors. Though currently, you cannot see fireworks shows in the parks, there are plenty of nighttime experiences worth sticking around for. You can take photos in less crowded areas, shop with less Guests around you, and ride attractions with lower wait times.

As these methods both have their perks, you could choose either method to plan out your Disney vacation. But, why choose just one?

The Best of Both Worlds

If you only visit Disney World once every year or so, you might want to consider going from rope drop to shutting down the park. Then, you can make sure you don’t miss out on any of the perks. Whether you are a morning person or a night person, you can make an exception for Walt Disney World.

Though I’m a night owl, I always hop out of bed early on a busy Disney day. For example, you could greet the day with the opening of Magic Kingdom, and have the park kiss you goodnight as you leave Magic Kingdom. You could walk into Animal Kingdom as the birds flutter about and leave as the animals nuzzle in for a good night’s sleep. If you want to take a break, you could always open the park at rope drop, visit your favorite attractions and shows, then return to your hotel for a nap. Then, you can come back in the cool of the evening with the energy to stay until park close. You could even take a trip to Disney Springs for the evening if you don’t want to return to a park.

Whether you choose rope drop, shutting down the park, or the best of both worlds, you will have a magical day at Walt Disney World. If you haven’t visited for a while, try all these methods on your next vacation to find out which way is your favorite plan for the parks.

When you visit Walt Disney World, you can plan out your day with the help of professional travel experts. Contact our friends over at Academy Travel for a free quote on your vacation. They can help you decide what park approach works for you and your Disney vacation ‘Ohana.

When it comes to rope drop versus shutting down the park, which plan do you prefer? Do you do both? Let us know in the comments!

Comments Off on Rope Drop or Shut Down? Fans Debate the Best Disney Day Schedule