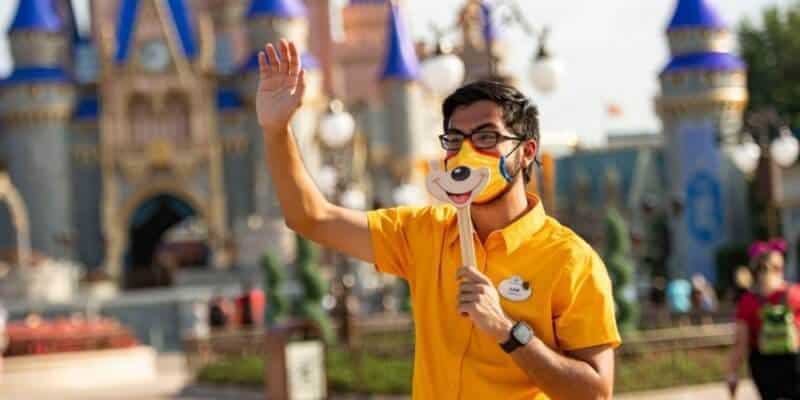 Last year, The Walt Disney Company announced they had to make the difficult decision to layoff over 30,000 employees, including those from both Walt Disney World and Disneyland.

Chairman of Disney Parks, Experiences and Products Josh D’Amaro released a statement which announced the unfortunate news that thousands of Cast Members across Disneyland Resort and Walt Disney World Resort will be laid off, saying that “as heartbreaking as it is to take this action, this is the only feasible option we have in light of the prolonged impact of COVID-19 on our business.”

This news hit home for so many as the Cast Members are the people who make the magic happen at Disney Parks all over the globe. Disney Parks Cast Members go above and beyond to ensure that the Guests visiting the theme parks leave with memories that last a lifetime. And many worried that after last year’s unfortunate news regarding the layoffs, the Disney Parks would lose their magic.

Well, ever since, there have been several Guests that have spoken out to share their stories and magical moments, to make it known that the Cast Members, despite this disappointing news, are still going above and beyond to make magic for Guests visiting from around the world.

Inside the Magic reader, Janet P., shared that on her recent visit to Walt Disney World, the PhotoPass photographer really made her feel special.

Disney world Props to our photographer Connor at Magic Kingdom for making us feel like supermodels.

Donna told Inside the Magic that she, too, had a great magical moment thanks to a PhotoPass photographer:

When I walked into Magic Kingdom, the photoPass photographer at the front of Main Street asked me if I had a few minutes to wait. I responded absolutely! There was no one in line behind me and Mickey’s calvacade was coming down Main Street and she said “I want to include my boss in your picture!” She made my day & I have some very SPECIAL pictures/memories from that day!

Another Inside the Magic follower, Marie, shared with us that the Disney World Cast Members she encountered have been very aware and enforcing the safety protocols. She said:

I have an incredible time and I love the way Cast Members are Very Attentive to guests and asking them to comply, unlike other theme parks I have visited.

It’s so great to see that Disney World Cast Members are still going above and beyond to make the magic happen for these Guests, and to help make magical moments that will create everlasting memories for families.

Our thoughts are with all of those Cast Members who are being affected by the layoffs. If you are looking for ways to help these Cast Members, check out our resource article here.