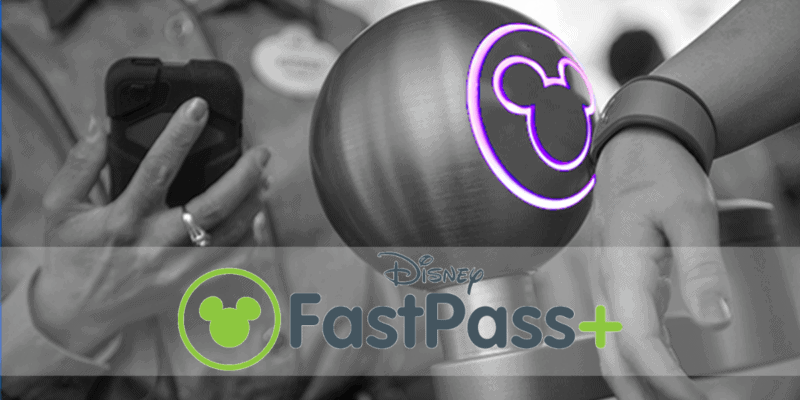 When Walt Disney World reopened its theme parks to the public back in mid-July 2020, several changes were implemented — one of them being the elimination of FastPass+.

Though many Guests were upset to see Disney suspend FastPass+ for the time being, many understood why this had to happen in order to reopen the parks. With limited capacity and the want to keep Guest moving in attraction queues, all lines were standby for several months.

At this time, the official Disney World website states the following regarding FastPass+:

As a result of the COVID-19 impact, the FastPass+ service will be suspended for the time being as we plan to use additional queue space to manage capacity at our attractions and maintain physical distancing. We will automatically cancel existing FastPass+ selections and share any future updates on the service at a later date.

But now, several months after the parks reopened following their temporary closure, Disney World has not only increased capacity but they are also re-introducing Park Hopping — a perk for those who have specific ticket types or annual passes. So, with the influx of Guests in each of the four theme parks, will we also see the return of FastPass+?

Should Disney World Bring Back FastPass+?

Pros of Bringing Back FastPass+

Again, not only has Disney already confirmed the increase of capacity since July, but also the parks are clearly getting busier, and wait times for attractions are steadily increasing. Having FastPass+ as an option for Guests once again would allow them to all but guarantee the experience of attractions instead of standing in hour-long lines. This could help save Guests time as well as allow them to ride the attractions at the top of their “must-do” list, providing them with a better vacation experience.

Cons of Bringing Back FastPass+

On the flip side, bringing back FastPass+ could make the standby lines move even slower, causing Guests to be around other parties for prolonged periods of time, which isn’t recommended with the current pandemic. Health officials and Disney have indicated that they want Guests to continuously move while also keeping a safe social distance from one another. With FastPass+ being an option, Cast Members would have to prioritize taking those Guests in the FastPass+ line before taking Guests in the standby queue, causing that queue to continuously pause instead of constantly move.

Additionally, by bringing back FastPass+, Disney will no longer be able to utilize the queue areas for additional space, which is the main reason for not having this perk at this time. Again, the Walt Disney World website states, “As a result of the COVID-19 impact, the FastPass+ service will be suspended for the time being as we plan to use additional queue space to manage capacity at our attractions and maintain physical distancing.”

How Disney World Could Bring Back FastPass+ in a Safe Way

If Disney World were to reintroduce FastPass+, it would have to be different than it was prior to the pandemic. For example, they would need to keep it extremely limited as we have seen times where (pre-pandemic) the FastPass+ line has had an overflow of Guests waiting (most likely due to a ride breakdown or just a rush of people at one given time, such as when a parade just ended).

But if this excessive FastPass+ line were to ever happen now, Guests waiting in the standby queue would be standing still for even longer than they are now, causing a higher risk of COVID-19 spread.

They could also allow Guests to choose one FastPass+ option at a time instead of the three they allowed before the pandemic. By doing so, Guests could choose the one “must-do” attraction, helping Disney to keep those handed out at a limit while also giving Guests a small perk and helping with time management.

How Likely is it for Disney World to Bring FastPass+ Back?

At this time, Disney has not yet announced when they will be bringing back the FastPass+ service. The website right now states, “We will automatically cancel existing FastPass+ selections and share any future updates on the service at a later date.” But with wait times continuing to increase and with the reintroduction of Park Hopping, FastPass+ could be the next amenity we see return to the Disney World theme parks.

As we have mentioned before, FastPass+ has both its pros and cons, especially when it comes to theme park operations during a pandemic. However, Disney will more than likely have to increase capacity again before it would make sense for them to reintroduce FastPass+.

If you want to visit Walt Disney World on your next vacation then be sure to work with our friends over at Academy Travel, who will be with you every step of the way planning your magical vacation. Get started today!

Do you think Disney World should bring back FastPass+? Let us know in the comments below.

Editor’s Note: The opinions stated in this article do not necessarily reflect those of Inside the Magic overall.