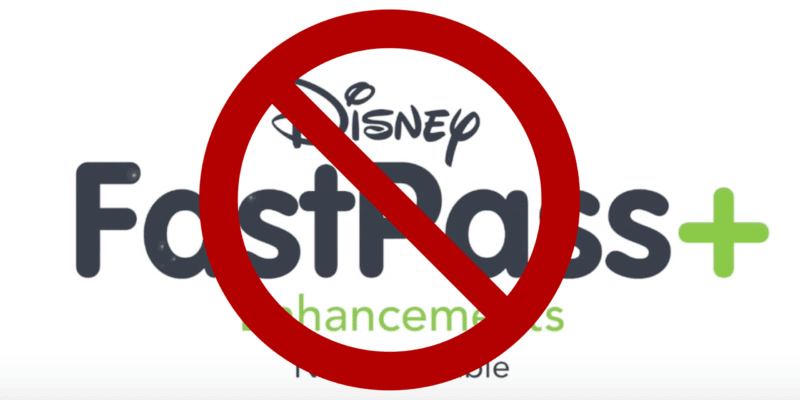 It appears that Disney is removing FastPass+ reservations even when they have been booked for days after Walt Disney World theme parks have reopened.

You can read more about Disney World’s reopening plans here.

Although hotel reservations are still appearing in the My Disney Experience App for guests with reservations after the hotels reopen, the FastPasses booked by both upcoming guests and annual passholders are beginning to be removed.

Here are a couple of guest accounts shared to the WDW Magic forum.

“We thought this might happen. July 15-21, all our fast passes were removed from our plans. OKW reservation, booked months ago, is still there. We are AP holders. Anyone else? Waiting to see how we can make reservations for the parks.”

“Booked my stay yesterday for July 17th-21. All my fp are gone as well. Reservation is still there.”

The removal of FastPasses from Disney World accounts has impacted us here at ITM as well. Yesterday we were able to book FastPasses for an upcoming Disney Resort hotel reservation in mid-July (booked for after the theme parks have already reopened), and now it would seem they aren’t displaying as they normally would. Here’s what we are seeing currently:

So what exactly is going on here? While we await an official explanation from Disney on this issue, here’s what we think the most likely scenario is.

Well, one of our team is planning on visiting Walt Disney World during the week of reopening and it would seem that FastPasses are already pretty scarce. This is likely because Disney is introducing virtual queues for the most popular attraction at the parks. It could be that a result of this new system would be Disney having to delete most (if not all) existing FastPass reservations.

Of course, the other possibility is that this is a glitch in the system — a few hours later, guests started reporting that some of their FastPasses began reappearing on their accounts, and one even shared with Inside the Magic that Disney’s system had reportedly had a mishap.

For us at Inside the Magic, we experienced something similar. By 3 p.m. ET today, our FastPass+ reservations had reappeared on our My Disney Experience account. However, we are unable to change them or add new ones. Here is a screenshot of our view when we attempt to change our selected FastPasses: 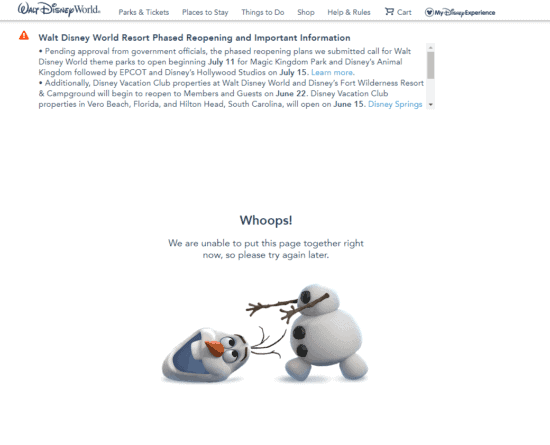 This wouldn’t be the first time the system has had issues, but equally, it seems like too much of a coincidence to not have something to do with Disney’s reopening plans. We will continue to stay up-to-date with the most recent information on the Walt Disney World website and from Disney directly as soon as we receive it.

Have you had issues with FastPasses? Let us know in the comments below so we can continue to figure this out.