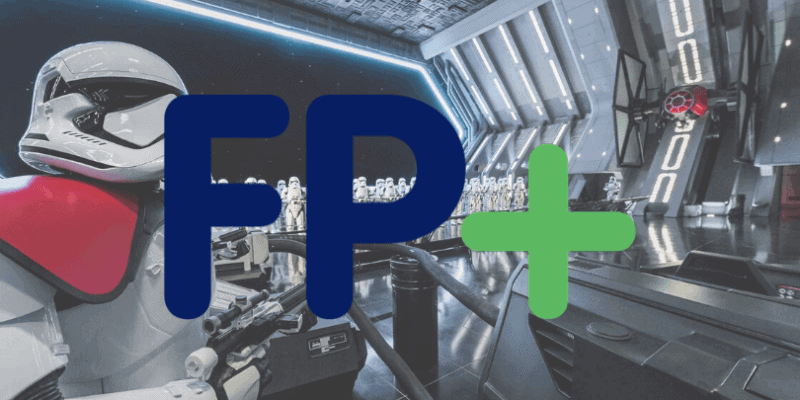 With all of the hype surrounding the newest attraction at Star Wars: Galaxy’s Edge — Star Wars: Rise of the Resistance — Guests continue to wonder, when will it be eligible for FastPass? While Disney hasn’t said anything lately about when the attractions at Disneyland’s version of Galaxy’s Edge are getting FastPass, they have started to reveal news about the attractions at Disney World. Here’s what we know so far.

According to a statement released today by Disney Parks Blog, Disney had this to say about if and when Rise of the Resistance will be included in the Walt Disney World Resort FastPass system: “We may include this attraction in the FastPass+ service sometime in the future and will share more information at that time.”

It seems somewhat cryptic, and there was no confirmation of when FastPass is coming for Rising of the Resistance. But given the attraction’s popularity and the demand for boarding groups on both the east coast and the west coast, we would be very surprised if FastPass wasn’t added as an option for this E-ticket attraction soon, especially since there are already FastPass scanners at the attraction queue in both the Florida and California parks. Disney hasn’t announced when it’s coming, but we’ll update when we know more.

This statement about Rise of the Resistance comes on the same day that it was revealed that FastPass was made available for Millennium Falcon: Smugglers Run on the My Disney Experience app for Guests planning visits on or after February 19. Disney said that even once Guests begin using the FastPass system for Millennium Falcon, they will continue to have the virtual queue for Rise of the Resistance in place. So, you’ll still have to be trying your hand at a boarding group on the My Disney Experience app and arriving at the Park before it opens if you want to get on Rise of the Resistance.

Heads up! Disney’s Hollywood Studios is Changing its FastPass+ Tiers

Keep in mind that even though Millennium Falcon: Smugglers Run opened nearly three months later at Disney’s Hollywood Studios than at Disneyland, it’s not that surprising that the Disney World attraction got FastPass sooner than the west coast version. Disneyland Resort is considered a Resort with “local’s parks.” A huge majority of Guests visiting Disneyland and Disney California Adventure are locals or annual passholders — people who know that if they don’t have the chance to ride the Millennium Falcon on this trip, they’ll be coming back soon try again.

But a majority of Guests at Walt Disney World visit once a year, once a decade, and even once in a lifetime. Which explains a lot — specifically when it comes to the wild popularity of FastPasses for Flight of Passage at Disney’s Animal Kingdom, Seven Dwarfs Mine Train at Magic Kingdom, Frozen Ever After at EPCOT, and Slinky Dog Dash at Disney’s Hollywood Studios, among the theme parks’ other unique rides. So it’s reasonable and understandable for Disney’s Hollywood Studios in Florida to get FastPasses for Millennium Falcon and even Rise of the Resistance in the future since those Guests have more at stake during their visit.

Do you hope Rise of the Resistance gets FastPass soon, or are you satisfied with the virtual queue system? Please share your thoughts with us in the comments.