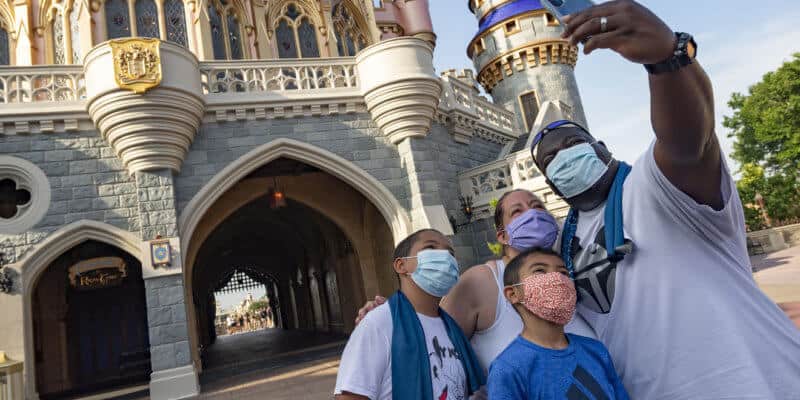 Disney World capacity previously stood at 25%, even though Governor DeSantis shared he would allow the theme parks to reopen to full capacity. Today, Disney CEO Bob Chapek shared that Walt Disney World Resort has increased capacity by nearly 50% of what the parks were operating at before. Although the parks operated at 25% upon reopening in July, they are now operating at 35%.

The Disney CEO shared just one month ago that capacity had not increased at that time. As of now, we do not know when capacity was increased, but it is likely to have happened after October 12th, since Chapek announced then that capacity had yet to increase.

This silent increase of a near-50% capacity raise is shocking in the sense that Guests were not made aware that it happened, but after watching a dramatic increase of crowds and wait times across all Disney World parks, it would be hard to believe this was able to happen without a capacity increase. With the first weekend of the holiday season at Disney World bringing in a large crowd, especially during the evenings at Magic Kingdom for the Cinderella Castle holiday overlay projection show, it now makes a lot more sense why we were seeing the crowds that we did.

Although the capacity increase has occurred, the CEO reiterated that they are increasing capacity while still adhering to guidelines. Disney is continuously making sure that ride vehicles are clean, plexiglass divides Guests both in attraction queues as well as ride vehicles, temperature checks are taken, and extremely stringent mask rules are being enforced throughout the parks.

Disney World is even letting Guests know that if they do not wear proper facial coverings, they must leave property — and they are doing so through signage, audio recordings, and even messages to your My Disney Experience App. We also recently heard of more park passes being added to the app, likely due to the recent increase in capacity allowing more Guests to be in the parks this Christmas season!

As we noted earlier, Disney did decide to forgo DeSantis’s offer of returning to full capacity, as they have been listening to the CDC’s recommendations. In order for Guests to currently visit Walt Disney World, they cannot simply just show up at Magic Kingdom, they must make a Disney Park Pass reservation in advance to guarantee entry, as Disney is of course made sure to limit Guest attendance in the theme parks.

Do you think Disney World should have increased its capacity to 35%?