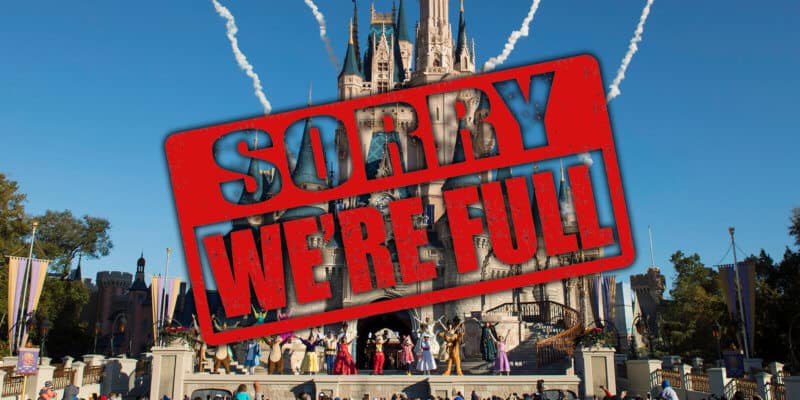 Given the recent reveal of Universal Orlando’s plans to reopen their theme parks the beginning of June, many have been questioning when Walt Disney World will follow and to what capacity? Well, according to new insight from a Disney executive, it seems when Walt Disney World does finally reopen it may only be at 20 – 30% capacity.

This new insight was shared by WESH 2 News reporter Amanda Dukes, who recently tweeted the info. In her tweet, she shares “a Disney Exec told @GovRonDeSantis and @VP (Vice President Mike Pence) they are considering reopening the park at 20-30% capacity.”

Tweet #2: @WaltDisneyWorld says it's not submitting a plan to the OC Economic Recovery Task Force YET and does not have a date to do so. @DisneySprings is back open and Wed. a Disney Exec told @GovRonDeSantis and @VP they are considering reopening the park at 20-30% capacity pic.twitter.com/LjoDqUCp5y

The idea of the Walt Disney World theme parks reopening at limited capacities isn’t completely unrealistic, as we had reported last month, the Central Florida Task Force has already put new limitations on theme parks upon their reopening, which would only allow them to operate at 50% capacity in their initial reopening. This number can increase to 75% capacity in each theme park’s second phase of reopening.

It is true that 20 – 30% is smaller than these original guidelines. However, it is also worth noting that in the recent reopening of Shanghai Disneyland the theme park is currently operating at only 30% its normal capacity. The idea that Walt Disney World theme parks would follow in suit would make sense.

What are your thoughts on the Walt Disney World theme parks possibly operating at only 20 – 30% its normal capacity? Let us know in the comments!