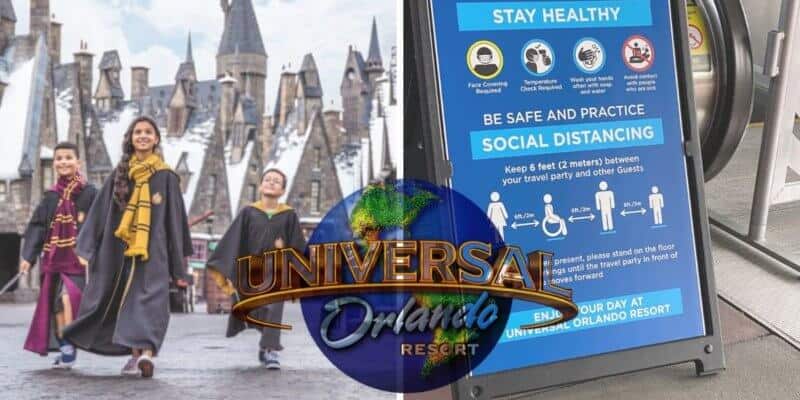 According to WESH, the Orange County Mayor, Jerry Demings, has now endorsed the Universal Orlando proposal which was presented to the task force on Thursday. This plan would allow Universal Orlando to begin reopening the first week of June. Now, Universal’s reopening plan just has to be approved by Florida Gov. Ron DeSantis.

This just in — Universal Orlando has officially shared their reopening plans with the Florida Economic Task Force, which includes dates on when they would like to reopen their gates to the public!

On Thursday, May 21, one major Orlando theme park, Universal Orlando Resort, shared its reopening plans and presented it to the Orange County Economic Recovery Task Force. Along with this presentation, the Orlando theme park had to provide a reopening date.

Here is everything we know about Universal Orlando’s reopening plans from the Economic Task Force meeting:

Mayor Demings began the task force meeting with, “As we plan to reopen Orange County, we have received a copy of the [reopening] plans from Universal … hot off the press… which will be presented here today.” After the opening statements made by Mayor Demings, the Economic Task Force moved into the discussion of reopening Orange County, Florida, but more specifically, reopening one of Orlando’s most popular theme parks — Universal Orlando Resort.

John Sprouls announced they plan to reopen on June 1 and June 2 to allow team members to come in and to get whatever learnings they can before opening to the pubic. Then, beginning on June 3 and June 4, Universal Orlando plan to begin welcoming some invited guests and some annual passholders to make sure it works. Universal Orlando hopes to open to the public on June 5.

The presentation then went into further discussion regarding screening, sanitization and screening standards as well as touchless experiences put into place where they can.

The Universal Team is required to do self temperature checks every single day. They also announced temperature checks upon arrival for both the team and guests before entry is allowed. The theme park will begin training the team as early as this weekend to prepare for reopening.

Some of the other points Universal Orlando discussed were:

These are examples of signs on the website, in the parking garages, and scattered throughout the theme parks as well as an example of guest communication handouts.

These attraction queue entry signs will be posted in attractions to help understand how to social distance while in the theme parks.

After the presentation ended, there were no questions from the Economic Task Force. There was an unanimous decision to approve these plans for Universal Orlando. The ultimate decision is still up to the Mayor.

The Reopening Of CityWalk at Universal Orlando

CityWalk at Universal Orlando Resort has already reopened its doors to guests following months of closure due to the recent pandemic. The entertainment complex “partially reopened” on May 14 and there were plenty of signs located throughout the entrance to CityWalk. These signs informed guests of the protocols being put into place that must be followed.

There were also markings on the ground to help guests follow social distancing protocols while entering Universal Orlando’s CityWalk.

For those who are looking to check out Universal Orlando’s CityWalk, keep in mind the following precautions that guests must follow:

Are you excited to hear this news from Universal Orlando? Let us know in the comments.