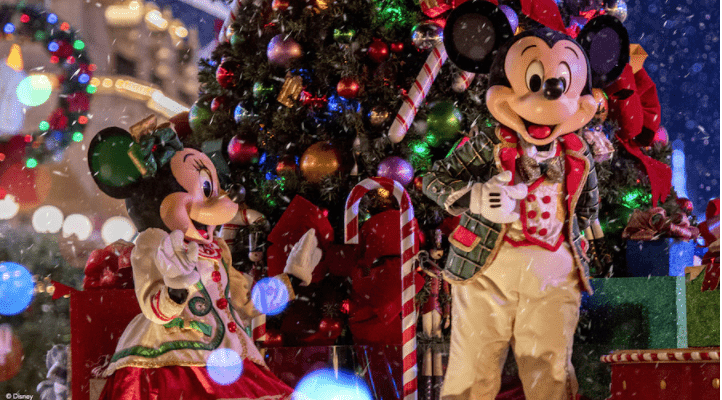 ‘Tis the season to be jolly!

That’s if you were trying to get Park reservations for Walt Disney World this Christmas.

Disney has now released more Park Passes for some of its Florida theme parks during the weeks of Christmas and New Year’s Eve.

Previously, the last few weeks of December were mostly booked up for those looking to get Park Reservations.

Since the phased reopening of the Walt Disney World Resort, the crowds at Magic Kingdom, EPCOT, Disney’s Hollywood Studios, and Disney’s Animal Kingdom have only been getting bigger, with the Parks operating at a reduced capacity.

The introduction of the Park Reservation system has limited these crowds but also has limited Guests in their last-minute planning.

The new availability of the other three Parks on certain days, however, leaves Guests the option to Park Hop at 2 p.m. to Magic Kingdom for the evening.

It was recently revealed that from December 22 through December 31, Magic Kingdom Guests will be able to see Mickey’s Once Upon a Christmastime Parade twice a day without any extra added cost.

The parade is usually part of Disney Very Merriest After Hours — the replacement for Mickey’s Very Merry Christmas Party — which began on November 8 and runs through December 21.

The parade has been cut down from its previous versions, but this is still a massive perk for Guests visiting that week as this will be the first parade to be shown at Magic Kingdom during daytime hours since before the COVID-19 closure.

Fireworks can be found at Magic Kingdom with “Disney Enchantment” or EPCOT with “Harmonious.”

Will you be snagging one of these new Park Reservations? Let us know!