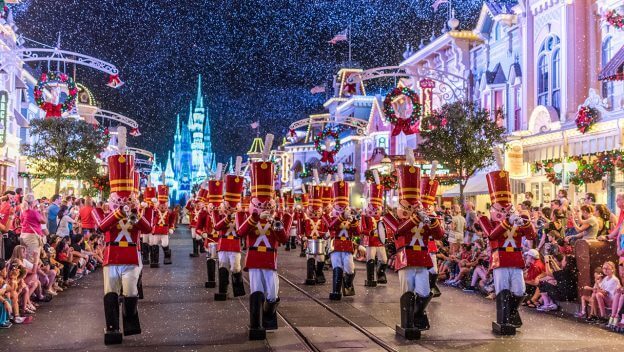 If you were sad that you were not able to purchase or afford a Disney Very Merriest After Hours ticket this year but still wanted to join in on the holiday cheer, there is some good news in the air!

The Walt Disney World Resort has not had any parades for quite some time since the theme parks reopened during the pandemic. Recently, it was announced that Festival of Fantasy would finally return to Magic Kingdom in 2022, until then it seemed that we would have to continue to watch the various cavalcades that Disney sends by. Now, it seems there will be a small Christmas surprise on the week of December 22!

From December 22 through to the end of the month on December 31, Magic Kingdom Guests will be able to see Mickey’s Once Upon a Christmastime Parade twice a day without any extra added cost! The show has been cut down from its previous iterations, but this is still a massive perk for Guests visiting that week as this will be the first parade to be shown at Magic Kingdom during daytime hours since before the COVID-19 closure!

Know Before You Go
Be sure to check the My Disney Experience app for the performance schedule. This is an outdoor parade and subject to cancellation due to inclement weather. In addition, showtimes are subject to change.

Do you plan on watching the parade in the final week of December? Let us know!