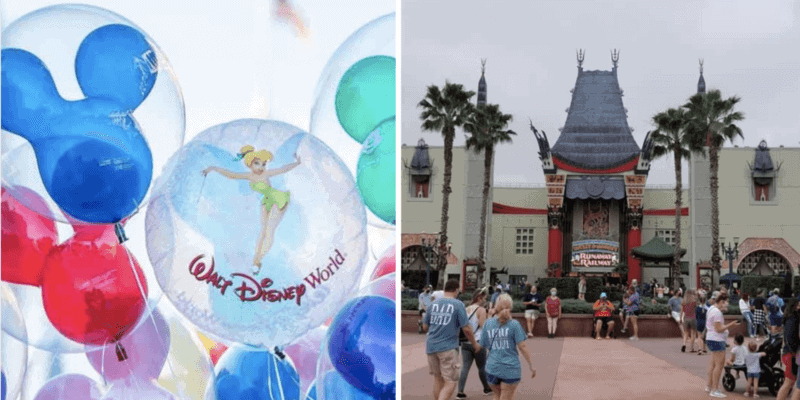 Recently, Disney World fans have been talking a lot about crowd levels. Both Halloween at Magic Kingdom park and New Year’s Eve throughout WDW’s theme parks are already at — or nearly at — their current limited capacity.

Then, there are the wait times, which have been intense, particularly the past couple of weeks. Some popular rides, including Flight of Passage in Animal Kingdom’s Pandora: The World of Avatar area, have listed wait times over 90 minutes. This would be a long wait even with the park at full capacity, let alone during Disney World’s phased reopening period.

Here, we take a look at how many people are actually visiting Walt Disney World each day right now.

Before we dive into Disney’s listed wait times in the parks and on the My Disney Experience app right now, it is important to note that most people have not actually had to wait as long as expected to board rides and attractions at this time. Disney is not currently utilizing the well-known FLIK cards (or “red cards”), which allow them to update Guests with the most accurate wait time for a specific ride at any given time due to the pandemic.

That said, wait times have intensified so much since Disney World’s initial reopening in July that many Guests are calling for the return of the suspended FastPass+ system.

Throughout this week, wait times for rides at Magic Kingdom, EPCOT, Disney’s Animal Kingdom, and Disney’s Hollywood Studios have been long.

On Monday, October 5, just nine minutes after rope drop, these were the listed wait times for various Hollywood Studios rides. DHS has been one of the toughest parks to get a Disney Park Pass reservation for since Disney World’s phased reopening began — this is likely due in part to the popularity of Rise of the Resistance at Star Wars: Galaxy’s Edge.

This trend continued throughout the week, with popular attraction wait times throughout Disney World’s four theme parks consistently hovering around an hour or more.

On Thursday, October 8, just before 11:00 AM local time, the longest Disney World ride wait times were:

This trend continued yesterday, October 9, with these wait times just before 11:00 AM:

And these wait times an hour later, near noon EST:

Since ride wait times have been seemingly increasing at all four parks — this could, perhaps, be partially due to the fact that other experiences, such as parades, character meet and greets, and most stage shows are unavailable, so rides are all Guests really have to do — many have been wondering exactly how many people are visiting Disney World each day right now.

The Walt Disney Company, for their part, has not officially announced Guest numbers during the phased reopening period.

A recent CinemaBlend article, however, looked at some estimated Disney World attendance numbers to conclude:

“…they [current theme park crowd levels] are historical lows for Disney, as the company works to make sure people can maintain a safe distance in the parks. Numbers like 19,000 parkgoers and 11,000 parkgoers (at the aforementioned Magic Kingdom and Hollywood Studios) are about 1/3 capacity of what the parks typically do, with an average busy day at Magic Kingdom being around 60,000 people.

Having noted this, average capacity and max capacity are two very different things. At full capacity, the Magic Kingdom would actually be at 90,000 individuals at the park. Animal Kingdom’s estimated max capacity is 60,000 parkgoers, Epcot’s is 110,000 parkgoers and Hollywood Studios is 60,000 parkgoers. It’s somewhat rare for a Disney World park to get that full, but it has been known to happen during the busy summertime months and over the holidays, including last year on New Year’s Eve.”

As you can see from the below photo taken by Instagram user @caleb_spearsgroup at Magic Kingdom last night, the crowd on Main Street, U.S.A. certainly had a pre-pandemic look — safe, of course, for the mandatory face coverings that all Disney World Guests over age 2 are currently required to wear.

So, what’s the verdict?

Although we don’t know exact capacity at Disney World’s theme parks right now, we do know that The Walt Disney Company is still operating each Florida park at limited capacity  and has no plans to make changes to their current theme park operations, even though they are not required to now that Governor Ron DeSantis has ordered Phase 3 of the state’s reopening process.

If you are looking to experience Walt Disney World Resort with lower crowd levels than usual — despite long posted ride wait times — this is an awesome time to visit the parks.

According to health officials, Disney World has effectively managed to control the spread of COVID-19. Furthermore, Disney executives have repeatedly stated that Cast Member and Guest health and safety are their top priority right now.

What are your thoughts on Disney World’s current crowds? Do you prefer smaller crowds and the Park Pass system or did you like things the way they were before the coronavirus pandemic?

If you would like to plan a magical Disney vacation, contact the expert team at Academy Travel. They can help you with every aspect of your trip, from understanding the Disney World crowd calendar and Park Pass reservation system to choosing the right Disney Resort hotel for your family.