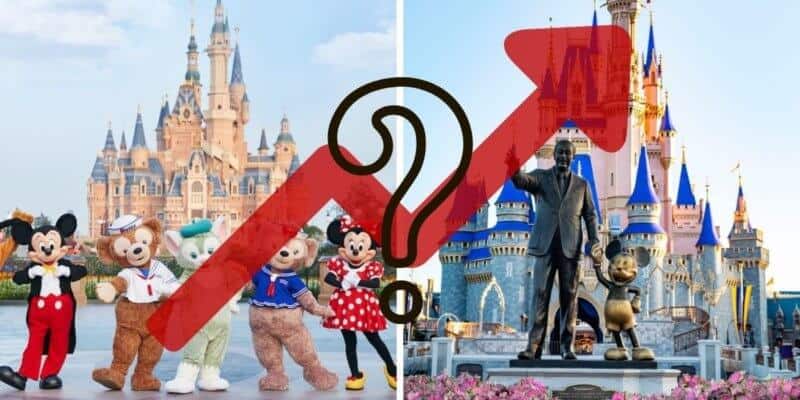 The Disney Parks all around the globe are adapting to the “new normal.” With the current pandemic affecting so many people around the world, Disney has taken several different safety and health precautions in order to reopen their theme parks safely to Guests.

One of these precautions is limited capacity. All of the Disney Parks that reopened around the world implemented limited capacity to help encourage social distancing and safety while allowing Guests to still enjoy the parks.

On May 11, Shanghai Disneyland reopened their gates after months of temporary closure. Along with the reopening came several different health and safety protocols including limited capacity, hours, and entertainment options.

And back in July, Disney parks chief Josh D’Amaro stated in an interview that they have been “pretty pleased” overall with Shanghai Disneyland and are now increasing capacity. “We’ve increased capacity in Shanghai,” he said. “I think we’re seeing very cooperative guest behavior.”

Shanghai Disney is continuing to slowly increase their capacity at the theme parks after getting approval from China’s Ministry of Culture and Tourism. The official Shanghai Disney website — which has been updated as of September 30 local time — states the following:

China’s Ministry of Culture and Tourism recently issued the “Notice on Further Business Resumption of Tourism Enterprises,” which raises the operating capacity of tourism sites from 30% to 50% of permitted capacity. As a result of this policy change, and as overall market conditions continue to rebound, Shanghai Disney Resort is increasing the daily capacity of the resort’s theme park, Shanghai Disneyland, and, effective August 24, 2020, will transition the current Advanced Reservation Period to a new reservation phase, aiming to provide more flexibility for guests to plan and enjoy their park visit. During this new reservation phase, the park will continue to fully comply with regulatory directives on reservations, staggered arrival and applicable capacity controls.

What Does This Mean For Disney World?

Increased capacity has been on a lot of people’s minds ever since Florida Governor Ron DeSantis said at an August roundtable that the state would totally support an increased capacity at theme parks in Orlando. DeSantis also recently said that the Orlando theme parks can return to normal operations, but Disney stated they will not be making any changes at this time.

However, Disney has stated multiple times that the parks within the United States will be learning from the International parks. So if all goes well in Shanghai with increased capacity, we could possibly see Disney World follow in their footsteps.

Inside the Magic will continue to update you as we get new information regarding changes at the Disney Parks.

Do you think Disney World will increase capacity? Let us know in the comments below.

If you want to visit the Disney Parks on your next family vacation but aren’t sure where to begin planning, don’t hesitate to contact the expert Disney Vacation Planners at Academy Travel to help you put together your dream trip. Get in touch for a free quote today!

Comments Off on Shanghai Disney Continues to Increase Capacity – Will Disney World Follow?