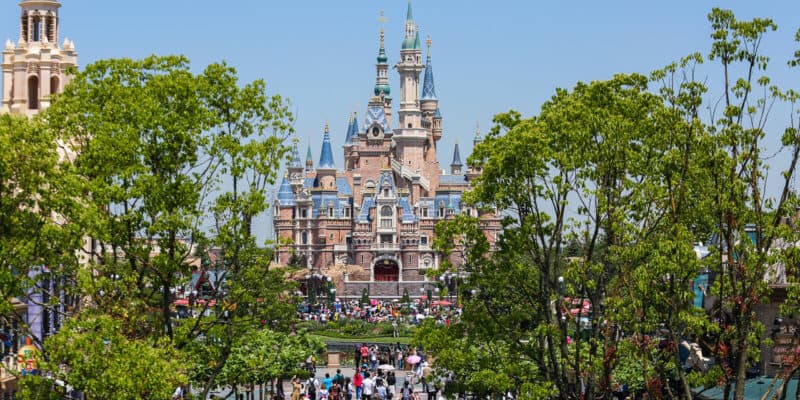 It’s the fourth anniversary of Shanghai Disneyland’s opening, and this year has been unlike any other.  Since March, Shanghai Disneyland has started slowly bringing back the magic.  Starting with Disneytown and Wishing Star Park, Cast Members welcomed guests back into shopping and dining experiences.  On May 11th, the Shanghai Disneyland Park officially reopened its doors to guests at limited capacity, hours, and entertainment.

Just over a month after its reopening, guests are started to see fan favorite features of the park reopen.  With the increase in capacity, the Shanghai Disneyland Resort has reopened its Toy Story Hotel in addition to their Shanghai Disneyland Hotel.  Entertainment shows like Eye of the Storm: Captain Jack’s Stunt Spectacular and Frozen: A Sing-Along Celebration are running again.  And attractions like TRON Lightcyle Power Run are giving Disney fans a magical time.

It doesn’t just stop there though because things over at Shanghai Disneyland are getting more and more magical this summer.  They’ve also launched some new features as well, like a new entertainment show for the season, Disney Color-Fest and a new store, Chip ‘n’ Dale’s Trading Post in Adventure Isle.

Disney characters are so excited to be with guests, even in a different way now, that they’ve invited a new friend to join, Olu Mel, a music-loving turtle from Hawaii that hangs out with Duffy and other friends.  With Donald’s birthday being as of late, he’s running around the park causing a ruckus with new merchandise, food, and drinks to celebrate!

Response to the Reopening of Shanghai Disneyland

The internet has been quite a place for discussion on whether or not the world was ready for the reopening of theme parks.  There are many who feel as though Shanghai Disneyland reopened too soon, along with some who believe that Disneyland Resort and Walt Disney World Resort’s reopening next month is also too soon. With new health and safety protocol though, there are still many Disney fans who couldn’t wait to get back in the park and are really enjoying the magic.