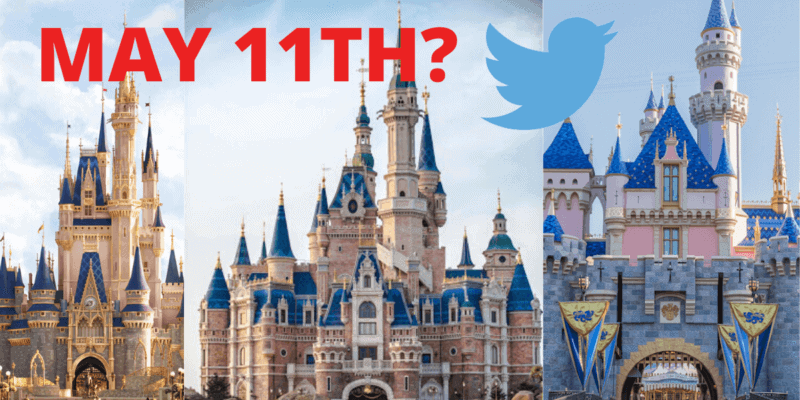 For Disney Park fans, the news was huge.

Yesterday, at a Disney investors call CEO Bob Chapek announced that on Monday 11th May, Shanghai Disneyland will be the first Disney resort and theme park to reopen following the closure of every park due to the ongoing global crisis.

It follows the announcement from the same call that The Walt Disney Company has seen a 58% drop in sales following the closure of its park and cruise properties. Shanghai will be the first city to reopen its Disney resort and park, to hopefully restart the Disney economy. Disney is now allowing guests in Shanghai and mainland China to return to the beloved Chinese Disney resort and park to hopefully start to sew the beginnings of global park normalcy.

Shanghai and mainland China have begun the process of returning to normal life, so the park reopening is unsurprising. But don’t expect Hong Kong, Paris, Tokyo, or Orlando and California to follow suit with their park just yet.

Why is Shanghai Disneyland reopening?

Here’s a recap of the statement that Disney gave yesterday about the Shanghai Disney park;

In Shanghai, we took the first measured steps towards reopening in early March, with the opening of some retail, dining, and entertainment experiences at Disneytown, Wishing Star Park, and the Shanghai Disneyland Hotel.

Today, as residents in Shanghai and its neighboring provinces have returned to a more normal life – including at workplaces, schools, shops, restaurants, and entertainment destinations – I’m excited to share that Shanghai Disneyland will also be reopening to the public on May 11.

As we welcome guests back to the park, we will draw on the learnings from the reopening of Disneytown and Wishing Star Park, and we will implement new and enhanced health and safety measures reflecting the guidance of our local health and government authorities. While some things will look a little different, know that that a magical experience awaits you at Shanghai Disneyland. Now, more than ever, Shanghai Disney Resort is a special place for families and fans to create joyful memories and celebrate being together once again.

While the news that Shanghai Disneyland will be the first Disney park to reopen was met with relief from some, others had different opinions. Many people on Twitter saw this as a step towards other Disney parks like Disneyland Resort, Walt Disney World, and Hong Kong Disneyland Resort reopening. However, a statement from Disney quickly shot down that line of thought; for now, the Shanghai park is on its own.

Shanghai Disneyland will re-open on May 11!!!!

People in these comments saying Disney world or Disneyland needs to follow suit ASAP and all that, what is wrong with people? I’m sorry like I’m a major Disney park geek but public safety should be put 1st before changing about the parks needing to re open atm

Not so patiently waiting to hear about a Disney World reopen date!! ???

Apparently there was a rush of magic hungry Disney fans suggesting that they’d buy a ticket for a flight to Shanghai to get that sweet park experience as soon as possible.

Without thinking it through, it seems like a good way for a theme park tourist to get their Disney magic fix. But the below Twitter user had something to say to people who were thinking that Shanghai Disneyland was their ticket to their favorite ride or attraction.

So before you buy your Shanghai Disneyland ticket and book your flight, take a look at the below tweet about the practicalities of getting to Shanghai, let alone the Disney park.

Before thinking about going to Shanghai Disneyland I need you all to know that there’s only one flight a week per airline. On top of that, you’re put into mandatory Quarantine by the government for two weeks once you land before you can even go into the City.

We can definitely see the attraction of booking a ticket to Shanghai, but remember that getting to the theme park will require a heck of a lot of quarantine before you’re even allowed into Shanghai itself. Let alone getting to the Shanghai park for its grand opening.

Should Shanghai Disneyland be reopening this soon?

Shanghai Disneyland certainly seems to have taken a fast pass approach to reopening its Disney resort. However, being realistic, the Walt Disney Company is not going to take unnecessary risks when it comes to Shanghai Disneyland or any other Disney Park at this unprecedented time.

Shanghai Disneyland, along with the Hong Kong, Paris, and Tokyo branches have become just as established resorts as Disneyland Resort and Walt Disney World. While Disney obviously wants Shanghai Disneyland and every other Disney park to open as soon as possible, we doubt that they’d risk the safety of their Chinese guests just to reopen the park.

As we’ve read, Shanghai Disneyland is ensuring that respectful social distances and visitor safety remain paramount. While things at the Disney Shanghai park are undoubtedly going to be a little strange, the safety of the Chinese resort’s guests comes above all else for Disney.

At the end of the day, we can only trust in the Walt Disney Company. If Bob Iger and Bob Chapek have given it the ok, then Shanghai Disneyland park is ready to be the first Disney park to enter this brave new world.

Personally, I’m happy to see the Shanghai park reopen. To me, it’s a sign that a return to park normalcy is on the horizon for Disney. Just make sure that in your longing to visit a Disney park, you’re carefully considering all of your options and putting the safety and you and your family above all else. We’ll get through this Disney fans.

At the pace that Disney thinks is appropriate.