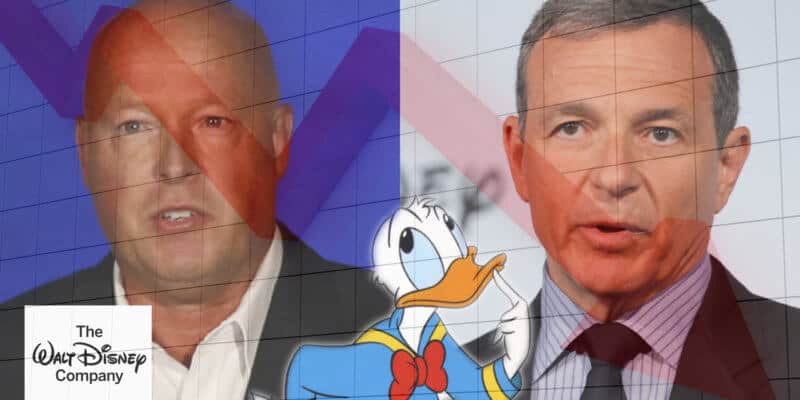 During Disney’s Q2 FY20 Earnings Results Webcast Tuesday, the company announced a 58% decrease in sales across its Parks, Experiences and Products segment–a result of the recent pandemic, which has caused much more than just park closures.

Additionally, Disney estimates the impact on its operating income for this major segment of the company was about $1 billion, mostly due to revenue lost because of closures.

However, the company also reported revenue of $18.01 billion in its second quarter, a rise from last year’s. Wall Street had anticipated a revenue stream of $17.80 billion and the company surpassed it.

Given the current climate with the pandemic, which has caused closures and major financial losses of business around the world, the results of losses during this phone call are not surprising. Especially, given the recent state of The Walt Disney Company’s major revenue streams.

A Complete Breakdown of Losses

As all Disney fans know, every Disney Park around the world is closed and has been for quite some time. The first closure began with Shanghai Disneyland at the end of January, with Hong Kong Disneyland following right behind it the next day–a period of time which now spans over 100 days to date.

A month later, Tokyo Disneyland followed with what was originally supposed to be only a two-week closure, which later extended to an indefinite cease of operations. Two weeks later, Walt Disney World, Disneyland, and Disneyland Paris all followed in suit and at the current moment, none of these parks have any solid plans of reopening anytime soon.

Within only a day of the U.S. Disney Parks closures news, Disney Cruise Line suspended all of its new sailings from March 12 on, which has since been extended through June 18, with Disney Magic suspended till July 2.

On March 13, Disney suspended all new Adventures by Disney Departures. The same day, this crippling news was followed with the revelation that Disney had halted all productions at Walt Disney Studios, including the company’s live-action version of The Little Mermaid.

The Walt Disney Studios continued to take more hits when it was revealed the company would have to postpone two of its predicted blockbuster releases, including the highly-anticipated live-action Mulan at the end of March and Marvel’s Black Widow at the end of April. Their postponements came due to the closures of major movie houses across the world.

On March 30, The Walt Disney Company announced its top employees, Bob Chapek (CEO) and Bob Iger (Executive Chairman) would be taking pay cuts as a means to shore up finances during the time of uncertainty. This included a cut in half for Chapek and a complete suspension for Iger.

The Furlough of Disney Parks Employees

Days later on April 2, the company announced furloughs would be taking place at both the Walt Disney World and Disneyland Parks in mid-April. In this furlough, it was announced that over 77,000 employees would temporarily be out of a job.

However, the company did manage to keep full health-care benefits for employees, with Disney paying the cost of employee and company premiums. Disney was also able to continue with Disney Aspire education programs, the company’s program which pays towards Cast Member’s tuition at Universities and other educational institutions.

The Success of Disney+

Amid all of these halts for the company, it’s worth noting Disney did hit a high with its streaming service Disney+. During the pandemic, the company reached a subscriber count of 50 million, which given the fact that the service had not even been out a year yet, is quite impressive.

Although, even with this win in the streaming world, it’s hard to say when Disney will fully recover from this pandemic or when all of these companies will be able to get back to their full capacities of operations–which some are saying could be part of a “new normal” given new health precautions.

When do you think the Walt Disney World and Disneyland parks should reopen? Let us know in the comments!

Comments Off on The Walt Disney Company Reports 58% Drop in Sales From Parks, Cruises During Earnings Webcast