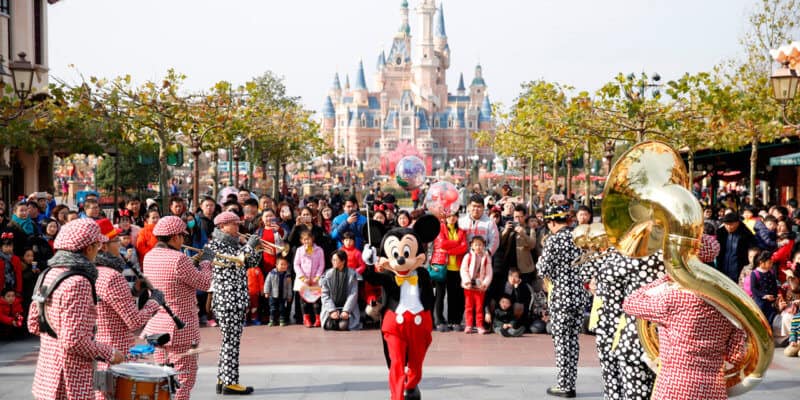 When the Walt Disney Company’s CEO Bob Chapek and other Disney Executives held an investor’s call on Tuesday, May 5, they not only shared the second quarter’s financial report–revealing the losses taken due to the pandemic-induced temporary closures. They also shared some new insights into how they will begin reopening Disney Parks and Resorts.

Disney’s CEO, Bob Chapek, confirmed that The Walt Disney Company and its Chinese and Government Partners will reopen Shanghai Disneyland on May 11.

This news was almost immediately followed up by a statement from the President and General Manager of Shanghai Disney Resort, Joe Schott, who wrote:

In Shanghai, we took the first measured steps towards reopening in early March, with the opening of some retail, dining, and entertainment experiences at Disneytown, Wishing Star Park and the Shanghai Disneyland Hotel.

Today, as residents in Shanghai and its neighboring provinces have returned to more normal life – including at workplaces, schools, shops, restaurants, and entertainment destinations – I’m excited to share that Shanghai Disneyland will also be reopening to the public on May 11.

As we welcome guests back to the park, we will draw on the learnings from the reopening of Disneytown and Wishing Star Park, and we will implement new and enhanced health and safety measures reflecting the guidance of our local health and government authorities. While some things will look a little different, know that that a magical experience awaits you at Shanghai Disneyland. Now, more than ever, Shanghai Disney Resort is a special place for families and fans to create joyful memories and celebrate being together once again.

Chapek mentioned that The Walt Disney Company was looking into several different possible scenarios including limiting guest capacity as well as physical distancing, health screenings, and other safety precautions. Christine M. McCarthy — Senior Executive Vice President and Chief Financial Officer of The Walt Disney Company — shared that even though Shanghai Disneyland is reopening this month, that doesn’t mean the same will happen for Disneyland Resort and Walt Disney World Resort. You can read her update here.

The “New Normal” at Shanghai Disneyland

One measure that will be put in place at Shanghai Disneyland is the implementation of face masks. It was confirmed that Shanghai Disney Resort will provide masks for guests and employees. The only employees without masks are face characters who will be kept at a safe distance from the guests.

The normal capacity for Shanghai Disneyland is 80,000 guests a day. However, the Chinese Government has requested Disney keep attendance down to 24,000 guests a day (~30% capacity) but they are going to open up far below that with gradually open up to 24,000 a day. Disney executives also mentioned that they are pursuing ways to restrain the pent-up demand for a Disney day, including issuing dated tickets, to prevent build-up often seen at the gates.

Disney Park closures began with Shanghai Disney Resort in late January. Soon after, Hong Kong Disneyland followed, and then one by one, every Disney theme park and resort around the world was shuttered due to the demand to eliminate large gatherings of people needed to fight the global pandemic. Tokyo Disney Resort was third, then Disneyland Paris, Disneyland Resort, and Walt Disney World Resort. Disney Cruise Line and Adventures by Disney have also been shuttered as all travel around the world came to a near standstill.

Here in the United States, both Disneyland and Disney World have been closed for well over a month as of May 5, 2020. And up to this point, very little had been announced regarding the reopening. The closures have caused unprecedented furloughs and a now-confirmed massive loss in revenue.

Now, Disney fans in the US and the rest of the world can rest a little easier knowing that a source of Disney magic will finally begin reopening next week, and have some hope Shanghai starts a new domino effect one that sees the reopening of Disney Parks and resorts one by one.

Related: Disney Springs Gears up for Reopening as Florida Kicks off Phase 1 Plan