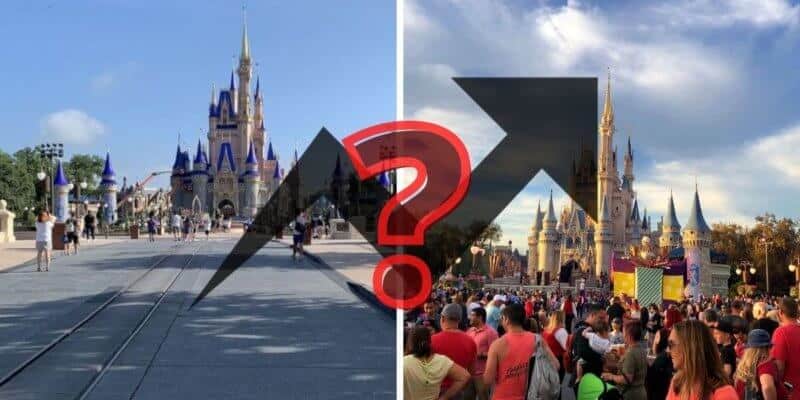 On Wednesday, August 26, Florida State Governor Ron DeSantis held a roundtable discussion in Orlando along with several theme park representatives. During the roundtable, DeSantis and the reps spoke about the safety measures implemented at theme parks in Orlando since reopening in June and July.

During the roundtable, Florida Governor Ron DeSantis also said that the state would totally support an increased capacity at theme parks in Orlando.

The three major theme parks in central Florida — Walt Disney World, Universal Orlando, and SeaWorld — all have been operating at reduced capacity ever since they each reopened in June and July.

“We think the capacity can be increased. When you have the kind of protocols they have in place, you know, we’re very comfortable at the state level that they’re doing it in a good way,” DeSantis said.

One Disney Resort has already increased its capacity — Shanghai Disney. Due to Guest cooperation, Shanghai Disneyland has announced they are able to increase their capacity level to the park. Disney Parks Chief, Josh D’Amaro, weighed in on the topic saying they have been “pretty pleased” overall with Shanghai Disneyland and that is why they are now increasing capacity.

Unlike the Walt Disney World Resort, Universal Orlando Resort does not currently utilize a reservation system. Guests can just show up any day.

Do you think the Orlando theme parks should increase capacity? Let us know in the comments below.