Disney World Isn't Making Changes, Despite Green Light From Gov. - Inside the Magic 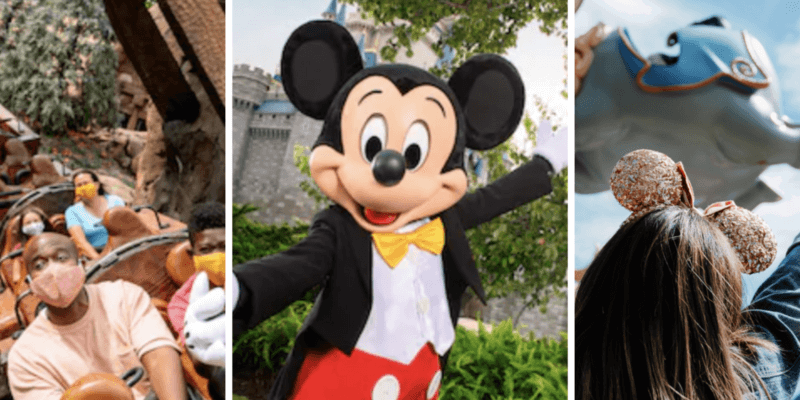 Yesterday, Florida Governor Ron DeSantis announced that theme parks can now “return to normal operations with limited social distancing protocols.” This means that many of the experiences — such as fireworks, parades, and face-to-face character greetings — that have been temporarily suspended at Disney World could, in theory, resume now that Florida has entered Phase 3 of its reopening plan.

Just because Walt Disney Company officials can return to business as usual, however, doesn’t mean they will. Throughout the coronavirus pandemic, Disney has made very clear, time and time again, that their priority is keeping Guests and Cast Members safe via a variety of new rules and regulations, including mandatory face masks for all Guests age 2 and over, strict social distancing in ride queues and other gathering spaces, and hand-washing stations placed throughout each Disney theme park.

Here, we look at what we know so far about Disney Parks officials’ reaction to Florida’s Phase 3 theme park rules.

What has Disney said in response to the Governor?

“We received the Governor’s executive order and are evaluating it to determine what it may mean for our business. We are not making any immediate changes. As a reminder, face coverings are still required at Walt Disney World Resort.”

Official statement from Disney about Phase 3:

"We received the Governor’s executive order and are evaluating it to determine what it may mean for our business. We are not making any immediate changes. As a reminder, face coverings are still required at Walt Disney World Resort."

This brief Disney Parks statement confirms the answer to one major question — appropriate face masks will still be a requirement for all Walt Disney World Guests at this time.

Disney Park Pass is still in use.

If you were hoping that Governor DeSantis’s Phase 3 order meant that Walt Disney World Resort will no longer require park reservations, that isn’t going to be the case. Disney Chairman of Parks, Experiences and Products Josh D’Amaro previously stated that one-park-per-day reservations are the “new normal” for Disney, indicating that this a long-term solution for limiting capacity.

Although Disney would technically now be allowed to host events like Mickey’s Not-So-Scary Halloween Party and Mickey’s Very Merry Christmas Party, both at Magic Kingdom park, they have deigned to uphold the cancelation of both Disney World holiday parties in 2020.

The EPCOT International Festival of the Holidays Candlelight Processional, which often features celebrity hosts like Neil Patrick Harris, will also be suspended.

Is Disney making any changes?

As per Disney’s statement, there will be no immediate changes to the current rules and regulations at Walt Disney World Resort’s four theme parks — Magic Kingdom, EPCOT, Disney’s Animal Kingdom, and Disney’s Hollywood Studios. It is, however, worth noting that the Florida Disney Resort is in the midst of a phased reopening, which means new experiences can be added at any time.

At this time, the best way to stay abreast of changes to Walt Disney World’s policies is to look for official Disney statements. It is also worth noting that Disneyland Resort in Anaheim, California remains temporarily closed with no reopening date announced.

Although Disney has not confirmed if the company intends to maintain similar policies throughout its U.S. theme parks, it seems unlikely that major changes will be made at Disney World until Disneyland officially reopens to Guests.

What do you think about Disney World in Florida’s Phase 3? Should Disney make changes to its current policies?

If you are interested in planning a Walt Disney World Resort vacation, let the travel experts at Academy Travel help you prepare for your trip! They can handle every magical detail so you can enjoy a stress free Disney Resort trip with your loved ones.