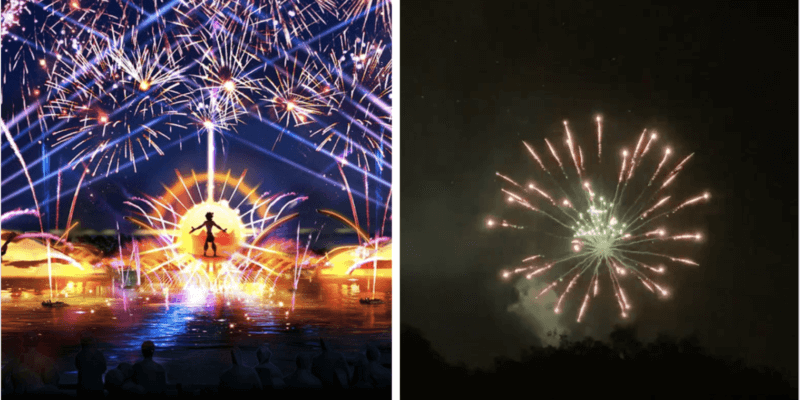 Related: Fireworks Are Supposedly Being Tested Right Now At Epcot!

Watch a live stream of the fireworks testing below:

On Twitter, @TheHorizoneer shared this video with the caption: “Good to be back!”

Good to be back! pic.twitter.com/lwGmkDg8u4

Another video, a YouTube livestream, from Tom Does Disney, showcases the entire fireworks test this evening:

Although Disney has not confirmed that this EPCOT fireworks testing is for HarmonioUS, it is likely, since the new nighttime spectacular was announced well before the closure and was expected to premiere this year.

HarmonioUS is set to replace IllumiNations: Reflections of Earth, which ran from 1999 through 2019. The short-lived EPCOT Forever show, which debuted shortly before Disney World’s temporary pandemic closure, was originally meant to serve as filler between the end of IllumiNations and the debut of Harmoni0US, but it is now unlikely to return.

It is important to note that that neither Disney World nor the Walt Disney Company have confirmed an official debut date for the HarmonioUS fireworks. At this time, all nighttime spectaculars, including Magic Kingdom’s popular Happily Ever After castle fireworks show, are temporarily suspended.

Are you excited about this first glimpse of HarmonioUS at EPCOT?

If you’re planning to book a trip to any of Walt Disney World Resort’s four theme parks – EPCOT, Disney’s Animal Kingdom, Magic Kingdom, or Disney’s Hollywood Studios – in the near future, make sure you let the expert team at Academy Travel oversee every detail of your magical vacation. Contact them today for a free quote!