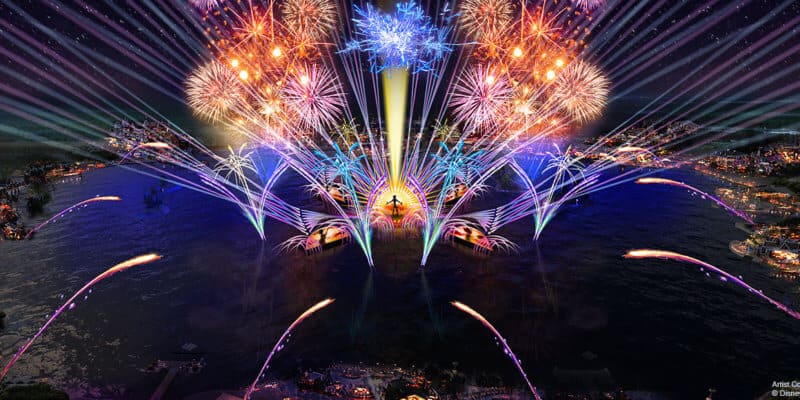 Rumors have been swirling that there will be firework testing at EPCOT this evening. Many are assuming that this will be for the new firework show HarmonioUS which is meant to debut as soon as nighttime fireworks return to Disney. The testing had not been confirmed, until now. Keep reading to find live stream links below!

Just got a notification from Disney World that they would be testing EPCOT fireworks until midnight while we are staying at the Riviera. Might be interesting with our reservations at topolino’s terrace [sic] tonight at 8.

It is important to note that although many suspect EPCOT’s firework testing is for HamonioUS, we have no confirmation that that is what it is for. We just know fireworks are being tested for the first time in Walt Disney World since it’s closure.

@SirBrayden just got a notification from Disney World that they would be testing EPCOT fireworks until midnight while we are staying at the Riviera. Might be interesting with our reservations at topolino’s terrace tonight at 8.

Also, we can see from @Expthemepark that the bridges have been raised!

The bridge is up at Epcot and barges are starting to come out for a fireworks test tonight #epcot #WDW pic.twitter.com/97PgGHcGzd

Would HarmonioUS be ready to debut?

The biggest debate about the firework testing at EPCOT is whether or not this is going to be a test of EPCOT Forever, the firework show that was running at EPCOT prior to the closure, or HarmonioUS, the new epic nighttime spectacular. Of course, Guests are hoping that it is the later after Disney described it as:

After hearing about the possibility of EPCOT firework testing this week, it seemed that we only started to see more progress on the barges to the point where they looked ready to go. After Disney cancelled all Disney fireworks for the time being, including Happily Ever After at Magic Kingdom, seeing the possibility for their return is very exciting.

It is important to note that Disney has made no statement on the return of fireworks to any Disney park.

It is magical to watch fireworks go off at Walt Disney World once again, even though it is just a test. So what do you think? Was this a HarmonioUS test?

Comments Off on Fireworks Are Reportedly Being Tested Right Now At Epcot!