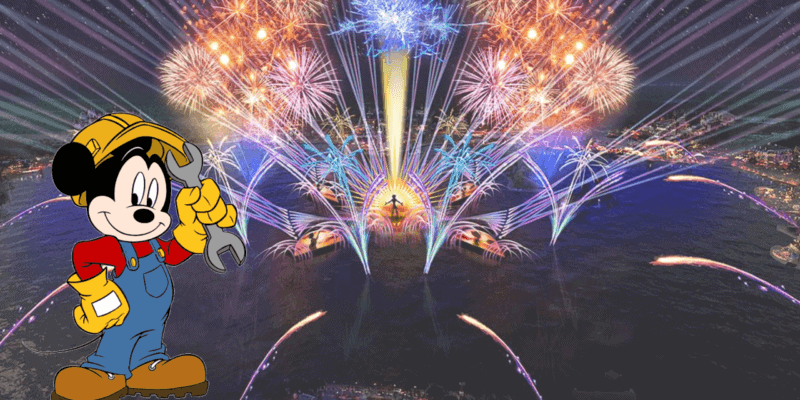 Good news and bad news for EPCOT fans as we’re hearing that work has continued on the full-time replacement to Illuminations: Reflections of Earth, HarmonioUS.

Related: Read our attraction guide to Soarin’ Around the World

So obviously the good news is that the work on the nighttime spectacular has continued and isn’t something else that Disney has decided to postpone at the park after we heard that both Spaceship Earth and the Mary Poppins attraction have had progress halted.

The bad news is that we still have no idea on when nighttime shows at the Walt Disney World resort will continue due to the current pandemic.

While there has been no official confirmation, we wouldn’t be surprised to see a delay into 2021 before we see HarmonioUS officially debut at EPCOT. Despite the delays in some projects, there is still a lot of construction work happening at the park at the minute.

Related: Here are 3 reasons why EPCOT is still worth your time during construction

There has also been no word from Disney on whether we will see a return of EPCOT Forever before HarmonioUS takes over the World Showcase Lagoon.

We are also a little concerned about too many characters taking over the show and whether this will just too similar to Happily Ever After at the Magic Kingdom. That being said, we’re also sure that Disney will squash any of these concerns as soon as the show makes its debut.

Are you looking forward to Harmonious at EPCOT? Let us know in the comments below!