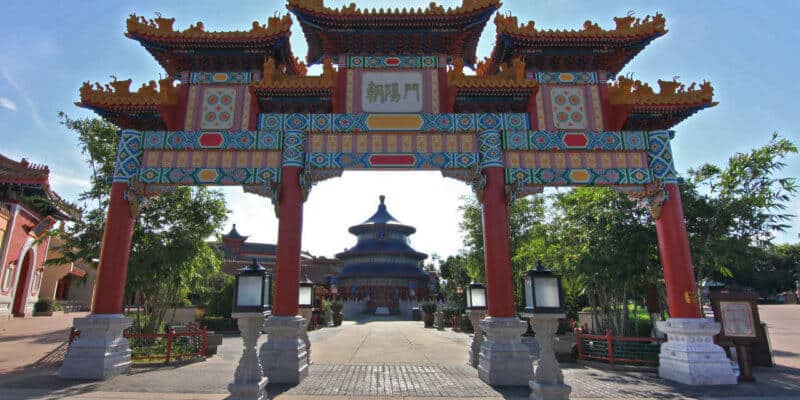 It’s no secret that there’s a lot of construction work happening at Epcot at the minute. Plenty was announced at this year’s D23 and Disney wasted no time in getting the reimagining of the park underway.

While some guests have been put off visiting the park during construction (especially when further attractions like Spaceship Earth close for a lengthy refurbishment), we are here to give you a few reasons why the park is still well worth your time.

While large parts of the park are under construction, Epcot still boasts some incredible attractions that are well worth visiting the park for.

Soarin’ Around the World, Test Track (other than a short refurb), Living with the Land, Frozen Ever After, and Mission: SPACE are all remaining open during the construction work. Lesser liked attractions such as The Seas with Nemo & Friends, Journey into Imagination with Figment, and Gran Fiesta Tour Starring the Three Caballeros are open for guests enjoyment during the work. Spaceship Earth also remains open for the time being.

This boasts more attractions open than were open during the construction of Toy Story Land and Galaxy’s Edge at Disney’s Hollywood Studios.

Most of the work occurring at Epcot is happening in what is currently known as Future World (though that will be changing soon). This means that outside of the recently announced Mary Poppins attraction and upcoming Ratatouille attraction, World Showcase is operating as normal. Of course, there’s also some renovations and changes happening to a few of the shows in World Showcase.

Even with the attractions removed, World Showcase is almost a theme park in itself and well worth exploring and taking in the different cultures that Disney has crafted for guests to enjoy. Each country has several restaurants, quick service locations and shops to explore. You could easily spend an entire day in World Showcase just taking in everything on offer and we’d actively encourage you to do just that!

While it’s fair to say that a lot of traditional Epcot fans aren’t particularly fond of the festivals that takeover much of the park for most of the year, they do add something that you can’t get in any other theme park in Walt Disney World.

Festivals including the beloved Food and Wine Festival, Flower and Garden Festival and Festival of the Arts bring so many new things to do at Epcot including things to see, food/drink to try and amazing bands to watch.

There’s always something new to try each time a festival comes around so there’s no way you’ve done it all if you’ve visited a festival before!

So while there is a lot changing at the moment in the park with many interruptions to some of our favorite experiences, Epcot has a lot to offer guests still and its well worth visiting the park during this time.

If you’re planning a trip to Epcot soon, then make sure you head on over and contact our friends over at Academy Travel! The Authorized Disney Vacation Planners at Academy Travel will help you and your family plan every aspect of your Disney trip. Click here for your no-obligation vacation quote from Academy Travel.

Are you going to be visiting Epcot during the construction work or has it put you off? Let us know in the comments below!