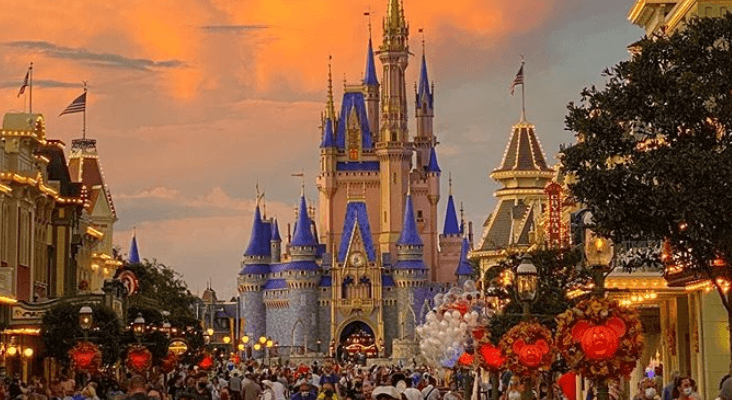 We’re in the middle of a pandemic, but that hasn’t stopped Disney fans from flocking to the Most Magical Place on Earth. Today, with face coverings required and an abundance of hand sanitizer throughout the park, Magic Kingdom welcomed what appeared to be the most Guests in the past month.

Wait times today were quite high. Many fans took to social media to document the long lines. The queue for Fantasyland’s”it’s a small world,” for example, stretched all the way to the Haunted Mansion in Liberty Square.

Splash Mountain was the most popular ride of the day, which doesn’t come as a surprise to many. Especially during warmer times of the year in Florida, the attraction tends to bring in crowds. But lately, with the retheme coming up, everyone wants a chance to visit the Laughin’ Place until they can’t anymore.

Below is a helpful summary of wait times for today, October 9:

But with all of the Halloween offerings being available this year at Magic Kingdom, it doesn’t come as much of a shock to see so many Guests wanting a piece of the seasonal magic. Throughout the day, Guests can spot their favorite characters in select spots throughout the park, and there are even special cavalcades with many of those rare Disney Villains that are typically only seen at Mickey’s Not-So-Scary Halloween Party.

Still, crowds like this — especially since Disney has shared that capacity is still limited, and especially since reservations are still required to get into the park — can feel a bit jarring.

On Monday morning, Disney World — specifically Disney’s Hollywood Studios and Disney’s Animal Kingdom — opened to huge crowds, as well. Disney’s Hollywood Studios, for example, is often the most popular park lately, with new attractions like Star Wars: Rise of the Resistance and Mickey & Minnie’s Runaway Railway available. You can read our coverage from earlier this week here.

Stay tuned to Inside the Magic as we continue to update our website with more details on crowds at Walt Disney World.

Have you visited Disney World since the theme parks reopened in mid-July? Do you have a trip planned? Let us know in the comments!