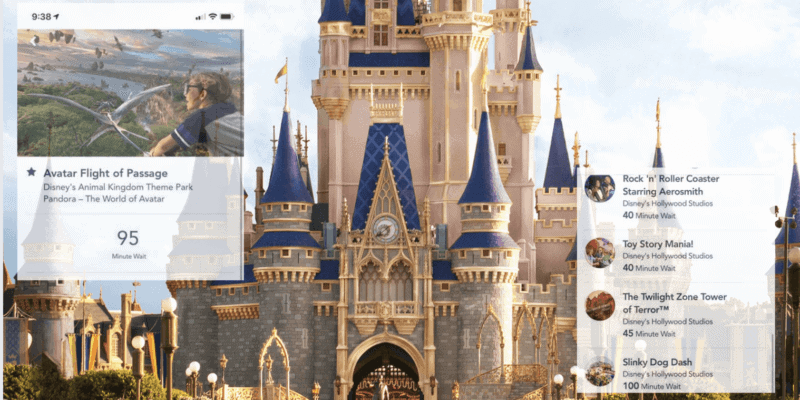 Walt Disney World Resort in Florida has opened to massive crowds this morning, compared to crowd levels when the parks first opened. Though capacity is still limited, wait times and crowd levels are becoming increasingly higher.

On Instagram, @DisFamily_Adventures shared this photo from outside of Minnie and Mickey’s Runaway Railway, showcasing the high crowd levels at the Disney park this morning.

A post shared by DisFamily Adventures (@disfamily_adventures) on Oct 5, 2020 at 7:19am PDT

Related: Issues Persist for Rise of the Resistance at Hollywood Studios

Animal Kingdom also had lengthy lines this morning, with both rides in Pandora: The World of Avatar posting longer-than-average estimated wait times.

The My Disney Experience app listed Na’vi River Journey as having a 45-minute wait.

Meanwhile, the ever-popular Avatar Flight of Passage had a 95-minute wait not even an hour after park opening.

@jrizzo93 shared this photograph of the crowd streaming into DAK near the Tree of Life.

@obyrenicole posted a picture of the crowd level this morning in Pandora. Guests did appear to be following all social distancing and mask regulations throughout Animal Kingdom today.

Some iconic rides had estimated wait times of:

It is important to note that, during Walt Disney World’s phased reopening, there is no FastPass service and all wait times are estimates. In many cases, the posted wait times are significantly higher than the actual wait time for a given Disney World ride, and often the wait time accounts for the periodic cleaning for the attractions as part of pandemic protocol.

If you would like to plan a Disney World vacation, let the expert team at Academy Travel help you plan every magical detail of your trip.