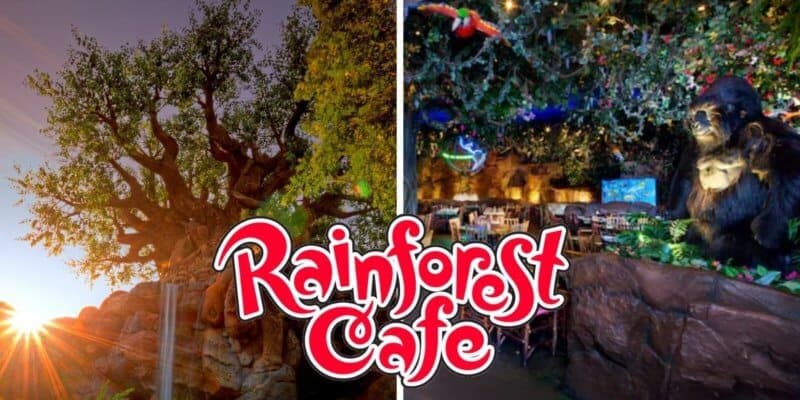 Disney has been filing several different permits lately, in which Inside the Magic has been reporting on to keep you all up to date. Yet another permit has been filed by Disney for general construction work at one of its theme parks in Orlando, Florida. This time, the permit relates to one of the more popular restaurants at Walt Disney World’s Animal Kingdom — Rainforest Cafe.

The permit (which can be viewed here) lists an address of 541 Rainforest Road, Bay Lake, FL, which upon further investigation, looks to be the same location as Rainforest Cafe at Disney’s Animal Kingdom. Take a look at the screenshot we took below.

Although we aren’t sure exactly what type of construction this will consist of, it’s nice to see Disney trying to keep up with the necessary maintenance at the theme parks to keep Guests happy when visiting the most magical place on earth.

The official description from the Disney World website reads:

Don your safari hat and bring a hippo-sized appetite as you go wild with a feast in the middle of a tropical rainforest.

American-style eats with a tropical twist await travelers who journey into this dense, animal-filled jungle.

Gather your party of explorers on a trek into the Amazon, where you’ll dine in the company of animated animals to the sounds of thunder claps and sudden rainstorms. Singing birds, trumpeting elephants, chest-pounding gorillas and schools of brightly colored fish welcome you to a lushly landscaped jungle of tropical vegetation, banyan trees, waterfalls and a starry nighttime sky.

Feel far away yet at home all at once with American-style eats the whole family will love. Then swing by the Rainforest Cafe shop, where you can pick up plush animals, themed apparel and tropical trinkets to commemorate your Amazon adventure.

As we mentioned, Disney has filed quite a few permits lately. Here is a list of the most recent permits we reported on:

What do you think Disney will be working on at Rainforest Cafe? Let us know your guesses in the comments below.