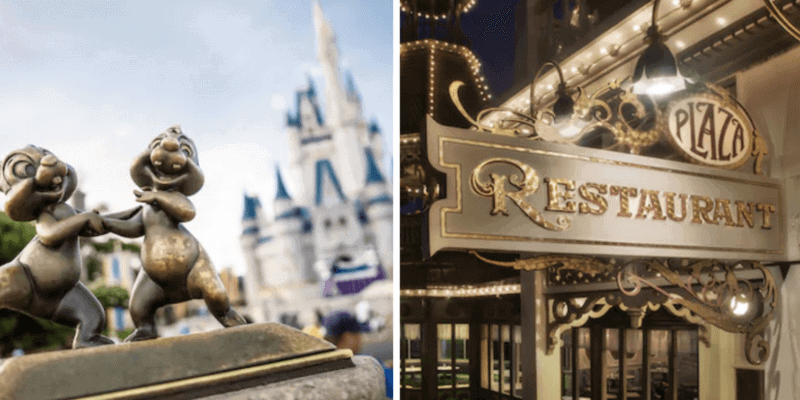 Walt Disney World has filed a new Magic Kingdom construction permit. The permit, which was officially filed on September 23, is for “general construction” at 1375 Monorail Way.

This address is located due east of the Magic Kingdom theme park’s center hub and appears to be either The Plaza restaurant or the bathrooms next to the Main Street, U.S.A. dining establishment.

A roofing contractor, Crown Roofing, LLC., is listed on the permit. It is likely that either The Plaza restaurant or the Magic Kingdom bathroom complex next to it is getting a new roof over Disney World’s slower winter season.

The Plaza Restaurant is described on the Disney website as:

Step inside this charming casual dining parlor awash in a sophisticated elegance with a menu the whole family will enjoy.

Whether it’s a mouthwatering lunch or a family dinner with decadent desserts, you’ll discover something for everyone in an atmosphere of early 20th-century style — featuring Art Nouveau touches, beautifully embellished light fixtures, stunning decorative mirrors and an inviting solarium.

Although this permit doesn’t appear to be for major construction, it is always exciting when work is being done at Walt Disney World Resort. This smaller-scale project joins several major upcoming renovations at the Florida Disney property.

Most notably, Disney’s Polynesian Village Resort is closed until Summer 2021 for a major refurbishment, which will include Moana themed rooms. New details about the upcoming Disney Resort renovation were released this morning.

What do you think about this new Magic Kingdom construction permit and other upcoming Walt Disney World Resort projects?

Comments Off on Disney Files Another Magic Kingdom Construction Permit