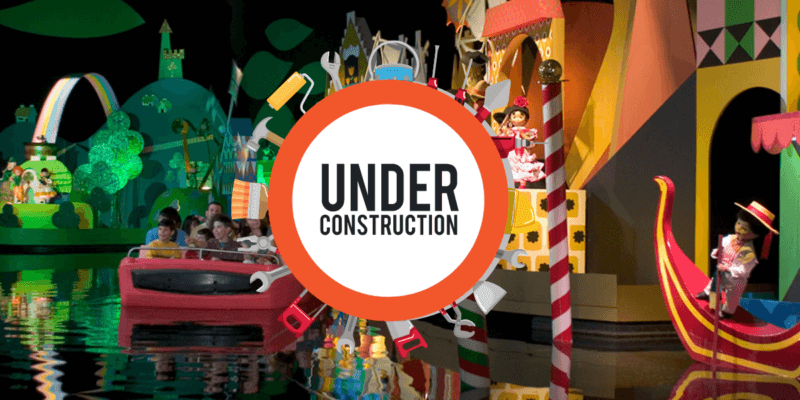 This is map view near the address that was listed on the construction permit:

You can see it brings us right into Fantasyland in the Magic Kingdom! It’s also important to note that permits that have been filed at this address have been for “it’s a small world”.

On the permit listed under “general description of improvement” it states the work to be done as, “remove and reinstall graphics”. We cannot wait to see the result of this improvement work!

This new project at “it’s a small world” is added to a long list of ongoing construction project already taking place at Magic Kingdom.

TRON Lightcycle Run has resumed construction and appears to be moving along quickly. We have continued to cover it’s construction every step of the way!

In addition, the Walt Disney World Railroad is also undergoing construction in conjunction to the new roller coaster.

We also had an announcement from Disney earlier this year that Splash Mountain will be receiving a retheme to the popular Disney film, The Princess and the Frog, at both Walt Disney World in Florida and Disneyland park in California.

With all of these projects in the works for the Magic Kingdom it really is an exciting time to be a Disney fan! We will continue to monitor and bring you updates to everything new happening at Magic Kingdom. Stay tuned to Inside the Magic for all the details.

Let us know in the comments which project you are most excited for!

Let us help you plan your next Disney World vacation so you can experience everything new and exciting happening at Magic Kingdom!