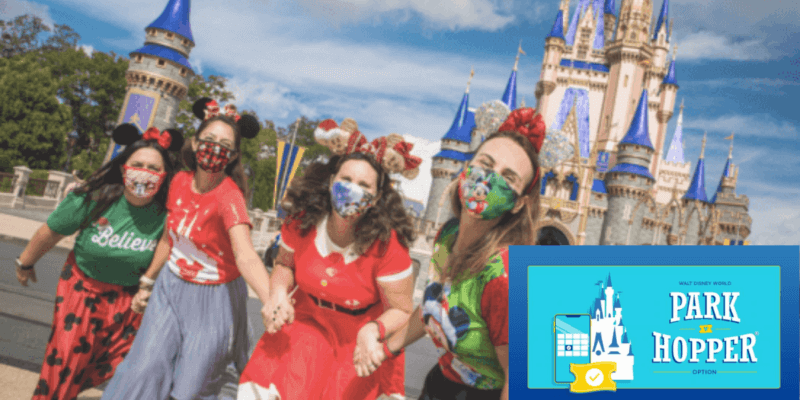 After months of Guests only being allowed to visit one park per day, Park Hopping is returning to the Walt Disney World Resort next year. But how will it really affect how Guests have become accustomed to spending their days at Disney theme parks? Will people take advantage of the modified perk? Is it still worth it after the modifications?

Due to the continued limited capacities at each of the four WDW theme parks, Guests will still need to secure a Disney Park Pass reservation for their first park of the day. This means that Guests are not guaranteed a spot in their second park of choice.

For more information on how much a Park Hopper ticket will cost in 2021, click here.

Learn More: Disney Modifies Park Hopping: What We Know for 2021

Benefits of the Park Hopper Coming Back

While Park Hopping will have limitations, like every other aspect of a Disney day currently, there are still some of those old benefits to be experienced. Presumably, this will allow potential Guests the chance to visit their favorite park even if the park pass reservations for that day are taken, as well as allow Guests to choose to eat at more in-park restaurants. For example, you could start your day in Disney’s Hollywood Studios and end your day with a dinner in EPCOT, if capacity allows.

Park Hopping will also allow Guests to extend their days at Walt Disney World, beginning with an 8 am start at Disney’s Animal Kingdom and ending with a 10 pm send-off from EPCOT (which does not open until 11 am most days this season).

What About the Disney Parks Experience Will Change?

Considering the time restraints, we can suspect there will be some experience changes felt by most Walt Disney World Resort visitors. Here are some examples:

In the initial announcement, Disney World mentioned that it is very possible that multiple Disney Park Pass reservations will become necessary in order to Park Hop. But as it stands now, that is not the case. We will update our readers if any updates come to light.

Comments Off on Park Hopping Changes in 2021, But Will It Affect Your Experience?