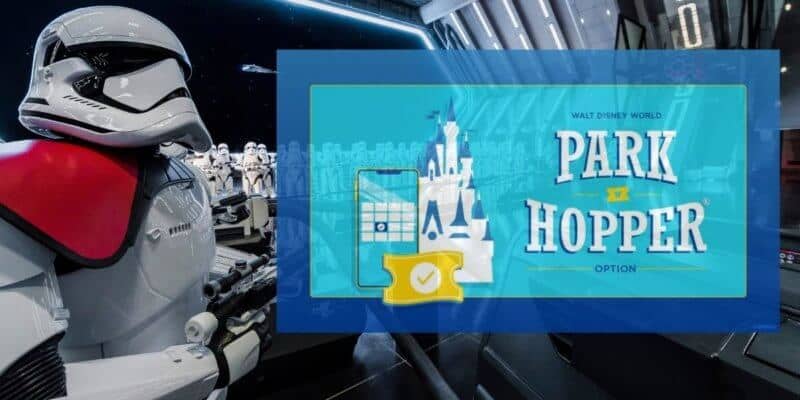 Beginning on January 1, 2021, Guests will be able to visit more than one Disney park in a single day — something that was briefly taken away when the parks reopened due to safety and health concerns. Along with the return of park hopping, there are some modifications — including park reservations still being required to visit the first park of the day as well as Guests are not allowed to park hop until after 2 pm.

With the news of park hopping, some were left wondering how this could affect Rise of the Resistance boarding group distributions.

In case you missed it, Disney recently changed the way Rise of the Resistance handed out boarding groups. Instead of one distribution time in the morning, there are now two different times — one at 7 am and one at 2 pm.

Therefore, if you are planning to visit Disney’s Hollywood Studios as the second theme park in your day, you cannot join a boarding group. This makes sense since, in order to join the boarding group queue, one must have a valid Disney Park Pass park reservation. And since Disney already stated that Guests only need a park reservation for their first theme park (subject to change), it makes sense Guests will only be able to join the boarding group queue if they are visiting Disney’s Hollywood Studios first.

Related: Plexiglass to be Added to Rise of the Resistance Vehicles to Help With Boarding Groups

Are you excited to see park hopping return to Disney World? Let us know in the comments below.