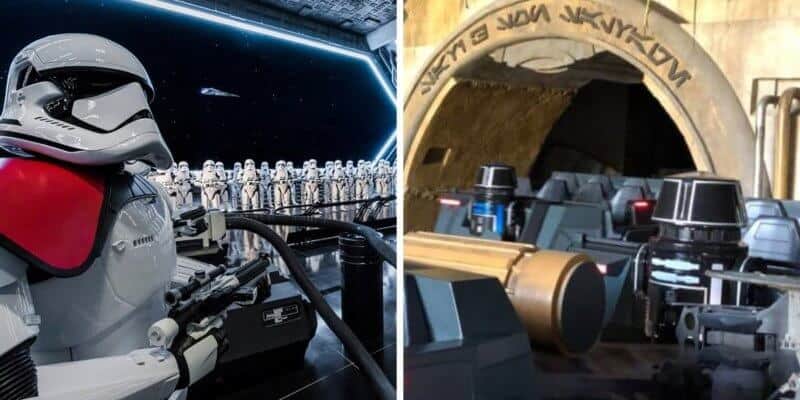 Rise of the Resistance, located inside Star Wars: Galaxy’s Edge at Walt Disney World’s Hollywood Studios, is easily one of — if not the most — popular attractions at Disney World. Everyone is eager to snag a boarding group to join the resistance and take on an epic battle against the First Order, however, the issue comes with being able to actually secure a boarding group.

These boarding groups are even more in-demand now since the theme parks reopened with limited capacity, which means so are the attractions. For example, at Rise of the Resistance, the vehicles typically seat eight Guests — two rows of four people across. However, with the new restrictions including limited capacity and social distancing, Disney sends the vehicles off with one party aboard, even if that means that a visitor goes alone.

As you can imagine, this affects the boarding groups being handed out, especially in the second wave of the day. In case you missed it, Disney recently opened up the virtual queue to two times per day, instead of just once in the beginning. By doing so, this allows Guests who may not be up as early and in the parks, a chance to join the queue later in the day.

Now, in order to try and give out more boarding groups to Guests visiting Disney’s Hollywood Studios, and to quickly increase the daily capacity of the ride, Disney is going to be adding Plexiglass barriers to the ride vehicles to allow for more than one party to ride at once.

“We recently tested an update to the ride vehicles and had Plexiglas barrier between the first and second rows,” the Disney spokeswoman told Orlando Sentinel. “We’re working toward introducing this to all the vehicles.”

More Information on Star Wars: Rise of the Resistance in Disney World

If you don’t know how to join a boarding group, check out our video tutorial here:

Have you ever ridden Rise of the Resistance? Let us know in the comments below.