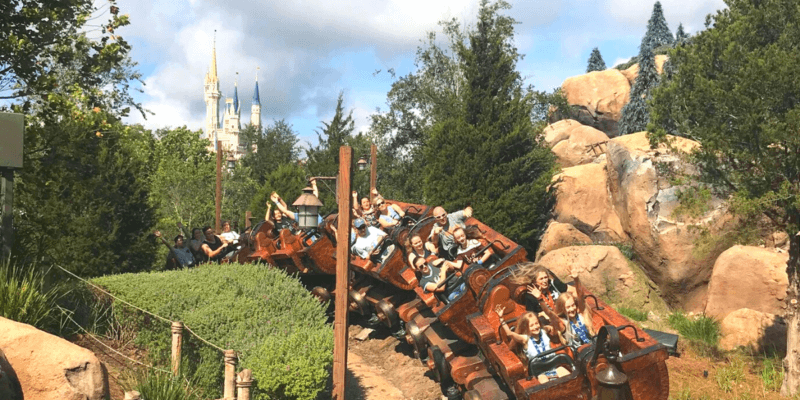 Not every Disney fan can make it to the Disney Parks year after year, and a visit to the Most Magical Place on Earth is a once in a lifetime opportunity to so many of us. To help spread some pixie dust through our computer screens, Disney has released an official video ride through of Seven Dwarfs Mine Train, one of the most popular attractions at Magic Kingdom.

Jeremy Schoolfield, Walt Disney World Resort Public Relations Managing Editor, wrote in a Disney Parks Blog post today that one of his favorite moments on any Disney Parks attraction happens when riding Seven Dwarfs Mine train in Fantasyland at Magic Kingdom. Here’s some of what he had to say about the attraction:

“As you chug through the cavern, you get to see them at work (most of them, anyway … looking at you, Sleepy!), collecting colorful gems. And then as you reach the bottom of an incline leading out of the mine, all the dwarfs’ voices coalesce to sing their famous “Heigh-ho!” chorus. It is such a beautiful moment that literally surrounds you, their voices echoing off the walls and seemingly buoying your train up the climb out of the mine. It gives me chills every time.”

Whether you’re a seasoned Walt Disney World Resort Guest or you’ve never made it to the Magic Kingdom, we’re sure you can appreciate this ride through video. In the recording below, you’ll feel just like you’re riding the train through the beautiful mines of the seven dwarfs (or at least, this video is as close as it gets to experiencing it in real life!). Just be sure to say hello to Snow White for us at the end!

Disney has released other virtual ride throughs of iconic theme park attractions. Check out the “it’s a small world” ride through, Rise of the Resistance ride through, and more videos here!

Want to experience Seven Dwarfs Mine Train in person? The Authorized Disney Vacation Planners at Academy Travel can help you plan the most epic and magical vacation ever. Click here to book your next Disney trip!